The Somalia National flag was acquired on 12th October, in the year of 1954 and was encouraged by the flag of the United Nations. 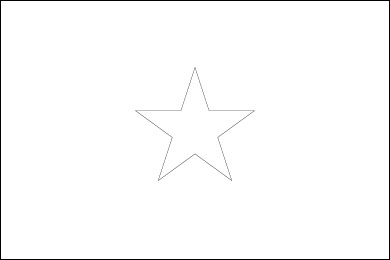 Download Picture of Blank Somalia Flag For Kids to Color

This flag proportion is described as 2:3.The Color Schemes of Somalia Flag integrates a shade of blue background and a white star with five points is depicted in the central point of Somali flag .

The blue base color stands for the blue sky over Somalia and the United Nations, who assisted the country of Somalia to become conscious regarding its dream of freedom.

The white star denotes African liberty. Each of the star’s points symbolizes the five historic realms occupied by the Somali people.