At the coasts of the Indian Ocean is the Mogadishu, which is the capital city of Somalia. It is the largest coastal town in Somalia. Due to the Muslim settlement… 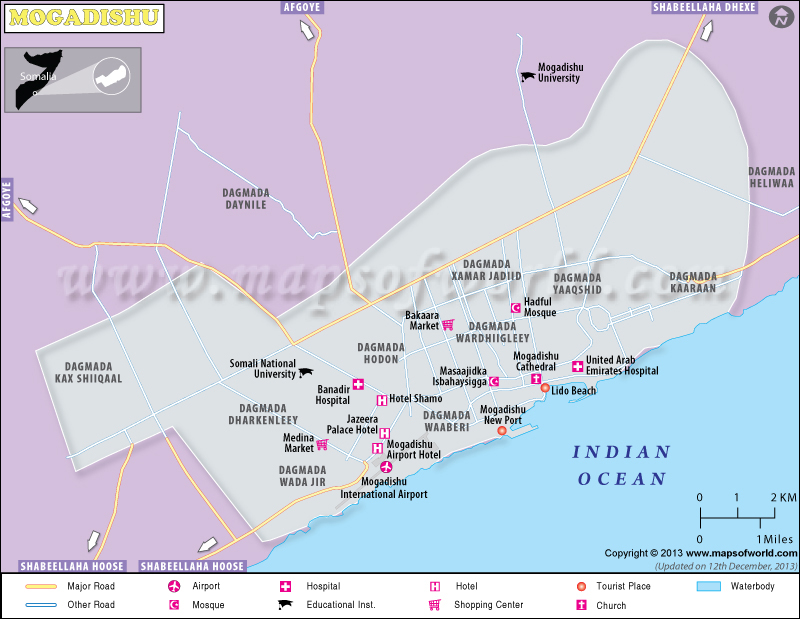 At the coasts of the Indian Ocean is the Mogadishu, which is the capital city of Somalia. It is the largest coastal town in Somalia. Due to the Muslim settlement for a very long period of time, Mogadishu Somalia has a strong influence of Islamic Religion in their culture.

Though the Portuguese visited the city, their culture is not much represented as they could never conquer any of the Somalia Cities. Till date Mogadishu is the business center for Somalia. The commercial and financial transactions mostly take place from here. As there no tax for carrying on trade, business becomes easier and inexpensive. Important industries of Mogadishu in Somalia are textiles like cotton, food and beverage.

In the 19th century the city of Mogadishu was leased to Italy and the Italians named it Mogadiscio. Due to its location and importance the city became the capital of Italian Somalia. Italian rule in Somalia came to an end when the British captured in during the First World War. Finally in 1960 Somalia got independence.

Being on the coasts, Mogadishu has love beaches, which are great tourist attractions. The tourism is also a great source of income for the people in Mogadishu. The good transport system as well as the hotels are definitely favorable for the travelers.