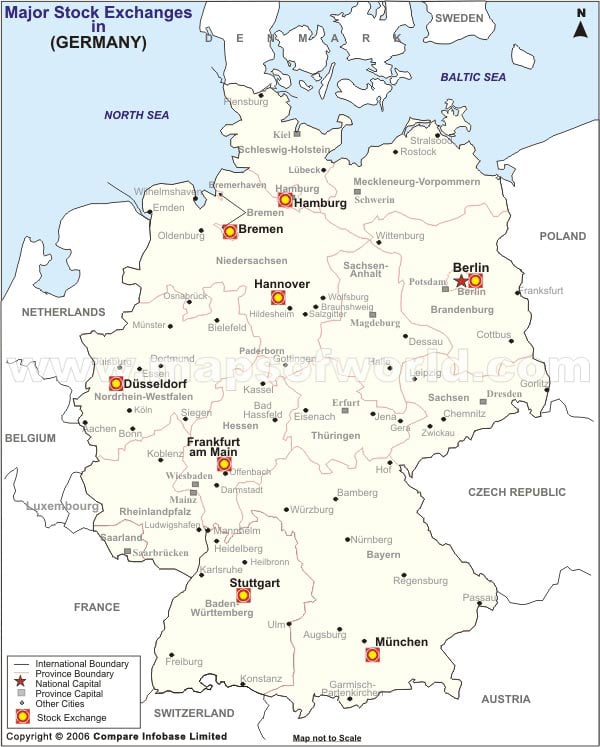 The average annual growth rate of GDP has been on a decline since early 1980s and no growth was observed in total output during the year 2003.

Among the various sectors of the economy, manufacturing and related services are still at the heart of the German economy even if the share of overall industrial output in GDP has declined from 34.5% in 1993 to 29.6% in 2002. The UNDP 2004 report shows that 8.3 % of Germany’s population lives below income poverty line (50% of median household income).Book Mexicana airlines, Lufthansa airlines flights on mapsofworld.com online.Germany has a total of eight stock exchanges. Frankfurt stock Exchange is one of them. It is one of the biggest and most efficient exchange places in the world. The Deutsche Borse owns this stock exchanges. Around 43% of the 300 market participants in Frankfurt are from abroad. The trading indices in Frankfurt are DAX, DAXplus, CDAX, LDAx, MDAX, SDAX, TecDAX and VDAX.