What are the Visa Requirements for German Citizens? - Answers 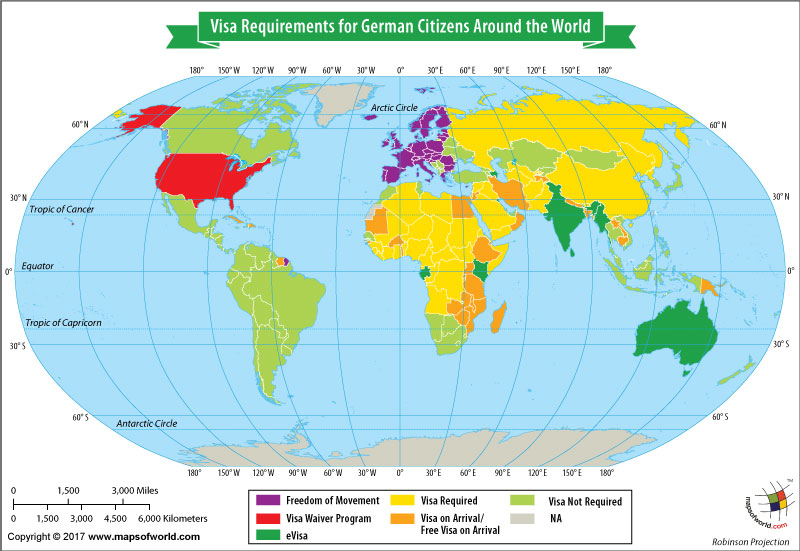 It is great to be a German citizen, especially if you are a traveler. Wondering why? That’s because whopping 188 nations across the globe grant free visas, or Visa on Arrival access to Germans. All thanks to the German passport, which is second most powerful in the world, according to Henley & Partners Passport Index.

A handful of nations do require Germans to go through the process of applying for a visa. However, Germans would not complain too much, as some of the most popular nations exempt them from this inconvenience, and this includes almost all the countries in Europe.

Since, Germany is a member of the European Union, citizens in EU countries can freely move or live in other member countries. They do not need a passport, but an identity card is required to enter another EU nation. There are 31 European nations where Germans have the right of freedom of movement – including the EU, as well as a few non-EU nations. Be it the United Kingdom or the picturesque Switzerland, Germans have no limitations on where they want to live with their families. Culturally rich nations like France, Sweden, Belgium, Austria, and other famous European nations, allow their free movement as well.

This is just a tip of the iceberg. There are scores of other breathtakingly fabulous countries where Germans do not need a visa to enter. Some of the countries where a visa is not required are Indonesia, Japan, South Korea, Mexico, Monaco, Morocco, New Zealand, South Africa, Singapore and Canada. Flying to the United States is also quite convenient if you are a German. The country offers German nationals a Visa Waiver Program which allows them to travel to the US for business or tourism purposes without getting a visa, for 90 days or less.

Some countries that provide visa-on-arrival or Free VOA to German citizens are Suriname, Cuba, Maldives, Zimbabwe, Egypt, Cambodia, Madagascar and a few others. Those offering e-Visa facilities are India, Australia, Sri Lanka, Kenya, Kuwait, and Myanmar, among others. Most recently, it was Belarus, which lifted visa requirement for German citizens in February 2017 and allowed 5-day stay without visa.

Meanwhile, traveling to Russia and China can still mean going through the cumbersome process of applying for a visa. Apart from these two, nations where visas are required include Libya, Nigeria, Saudi Arabia, Bhutan, Ghana, and a few others.

Visit the following to learn more about Germany: