Germany has a distinct charm of its own which allures tourists and here you will find landscape as if lifted out of the story book. Majestic Alps in the South, the Bavarian plain and hills in central Germany, and the Baltic Sea washing the shores of the North give Germany an interesting destination. Germany is a perfect blend of old towns, medieval houses, gothic churches, and small villages as well as contemporary cities.

The country has a unique facet with cities featuring a distinct flavor of their own and the reason is not hard to fathom. This was due to its past where various regional princedoms, earldoms, monarchies, and states co-existed. The unified concept was unheard of till the last centuries. When you come to Germany and visit each city, then you are actually exploring a world of its own with unique different architectural styles, art as well as way of living.

The major attractions here in Germany are not only to enjoy the delectable food and drinks, but also discover the subtle taste of food in each city. Here you can pamper your taste buds with filling country fare offered at plain inns to a sumptuous spread at luxury hotels. Not only that, here you will get much popular beers and wines which are indeed a connoisseur’s delight.

You can explore the Southwest of Germany and visit cities like Freiburg, Heidelberg, and Tübingen. Get the feel of French influence at Bonn, Düsseldorf, Cologne, Trier, which is the oldest city of Germany or come to Aachen to see its cathedral and history dating back to the era of Charlemagne.

Germany is one of the premier tourist destinations of the world. It is well connected with airways, railways as well as roadways. The travelers who are keen on paying a visit to Germany can easily opt for any of the several international airlines that operate regular flights to Germany to and from most of the major cities of the world.

Traveling by plane is the best option and most of the international airlines operate flights to the airports at Frankfurt, Munich, Düsseldorf, Berlin, Cologne, and Hamburg. Frankfurt is the main air hub of Germany and is also considered as one of Europe’s four major hubs and it is unanimous destination of most intercontinental flights and visitors can avail flights from any corner of the world and then opt for connecting flights of Lufthansa, the biggest as well as the most respected airline of Germany. If you are getting worried about budget, then you can cool down as Germany has several budget airlines which operate regular flights to almost every city of Europe.

You may also choose to travel by trains or cars. Regular train services connect Germany with all neighboring countries and Germany is also well connected with an excellent network of motorways and trunk roads, and there are car-sharing agencies in most of the major cities of Germany which provides shared car traveling to all European cities on the basis of shared costs.

With a colorful blend of ancient towns, spectacular medieval villas and gothic churches; Germany has got a distinct charm of its own. Visitors are able to explore the numerous sightseeing attraction as well the diverse mélange of spectacular landscapes comprising Alps in the south, Bavarian plain and hills in central Germany, and the Baltic Sea washing the shores of north of Germany.

The most popular mode of travel is airways and there are several international airlines which operate regular flights to Germany. There are also several domestic airlines in Germany which provides regular flights to different cities and regions of Germany. There are also numerous budget airlines in Germany which operates regular scheduled flights to various cities of Germany. Germany has an extensive railway system which reaches to almost every corner of the country.

Germany boasts of extensive network of excellent roads and motorways and thus undoubtedly traveling by car is highly comfortable in Germany and you will come across various car rental agencies in most of the cities of Germany. Every year increasing number of tourist comes over here to enjoy a grand vacation.

Things to do in Germany

Germany is full of choices for participating in a wide variety of out door activities, and it is the best place to enjoy a multitude of options for fun. The most popular option is to visit the night clubs and Germany takes immense pride in its pulsating nightlife that immediately engulfs you in its electrifying frenzy. All the major cities of Germany have numerous choices and the guests are provided with various options like theater, opera, nightclubs, bars with live music and discos and Berlin is especially noted for its euphoric nightlife.

The visitors get options to participate in the various outdoor sports, and if you are interested in some sort of sports or the other you will surely find it heart warming to spend a great time trying out the adventurous sports in Germany. The most widely popular sports in Germany include horse riding, fishing, rock climbing, cycling and boating and you will definitely spend some divine moments while participating in any of these exciting sports in Germany.

While shopping in Germany don’t forget to buy optical equipment like binoculars and cameras, porcelain, handmade crystal, silver, steel ware, Solingen knives, leatherwear, sports equipment, toys from Nuremberg and Bavarian Loden cloth or those who are interested in music can also opt for musical instruments and keep it in mind that except for bakery shops, all shops in Germany remains closed on Sundays. 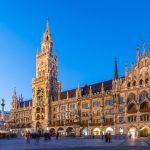 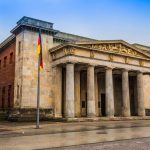 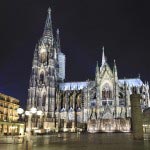 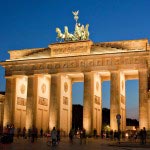 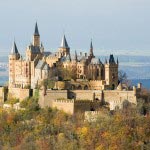 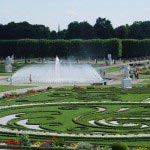 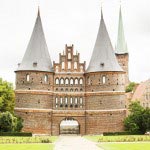 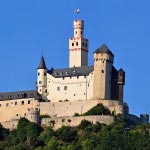