The official flag of the Federal Republic of Germany was adopted on May 23, 1949. The national flag of Germany is a tricolor with horizontal stripes of black (top), red (middle), and gold (bottom). 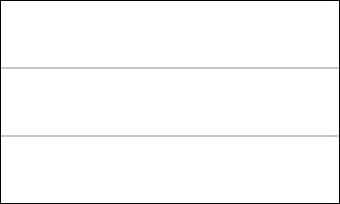 Download Picture of Blank German Flag For Kids to Color

These colors were used for the uniforms of German soldiers during the Napoleonic Wars, who wore black coats with red braids and golden buttons. The colors had specific symbolic meanings: “Out of the blackness of servitude [black], through bloody battles [red] to the golden light of freedom [gold].”

History of the German Flag

Designed in 1832, the flag of Germany (German: Deutsch) was first used during the revolutions of 1848, which resulted in the union of Germany’s feudal states. This flag, which represented liberalism and democracy, was suppressed in the 1850s, and in the next decade, new flags were used that reflected Prussia and the Hanseatic league.

After the World War I, when Germany became the Weimar Republic in 1919, the horizontal tricolor was re-introduced. The flag was again banned when the Nazi regime took over the reigns of Germany in 1933, and the flag of the Third Reich was adopted as the national flag. The Nazi flag had a red base with a black swastika on a white circle.

After World War II, on May 23, 1949, the tricolor flag became the official flag of the Federal Republic of Germany (in West Germany). On October 1, 1959, East Germany adopted a version of the flag that included a coat of arms. When the two sides of Germany reunited after the fall of the Berlin Wall in 1989, former East Germans cut the coat of arms out of their flag, and the unified nation shared the tricolor flag once again.

Public buildings are required to fly the German flag on certain days to commemorate historical events.