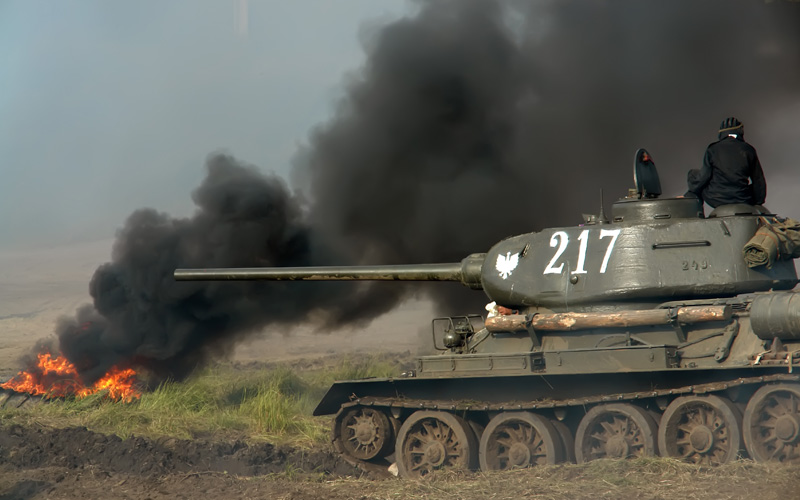 The Treaty of Versailles at the close of World War I was a harsh treaty that placed the responsibility of World War I on Germany and required the latter to pay reparations worth 132 billion Deutsche Mark. When Adolf Hitler rose to power, his main agenda was to shake off the terms of the treaty. He embarked on an aggressive foreign policy.

While Germany’s expansionism and rearmament were the primary causes of World War II, historians also believe that the political environment of Europe in the early 1900s and Britain’s and France’s passivity were also to blame for the outbreak of war.

The Treaty of Versailles

The Treaty of Versailles, though based on the US President Woodrow Wilson’s Fourteen Points, lacked the compassion and idealism that Germany deserved at the end of a devastating World War I. The economy of Germany had sunk and the reparations caused untold misery to an already cash-strapped country.
This caused widespread dissent, making way for the rise of Hitler who promised to restore the pride and prosperity that Germany had lost due to the war. By the end of World War I, Ferdinand Foch, Marshal of France (‘Maréchal de France’), remarked, “This is not peace. It is an armistice for 20 years”. A statement quite indicative of the hostility that the Allied nations felt towards Germany after the war. It also made Germans more determined to rise politically and embark on military conquests that led up to World War II.

The Rise of Hitler

The rise of Hitler and the Nazi Party was one of the main causes of World War II. Hitler pursued an aggressive policy of expansionism. He espoused two major causes – creation of a Greater Germany and conquest of territory in Eastern Europe (Lebensraum) for the Germans. Hitler and the Nazi Party masked their ambitions in the thinly veiled garb of anti-Semitism and creation of the Aryan “super-race”.

What remains an interesting observation is that through the rise of the Nazi party from 1932-33 to the start of World War II in 1939, France, Britain, and other nations remained passive observers. Hitler’s assumption of dictatorship in 1934, the rearmament of Germany in 1935, the joining (‘Anschluss’) with Austria in 1936, and the following annexations of Sudetenland and Czechoslovakia went unchallenged. It is only when Germany invaded Poland in 1939 that World War II broke out.

Failure of the League of Nations

The Anti-Comintern Pact between Germany, Japan, and Italy against communist regimes of the time and the Molotov–Ribbentrop Pact (Nazi-Soviet Pact) served to strengthen Nazi Germany adequately to take on Allied nations in World War II.