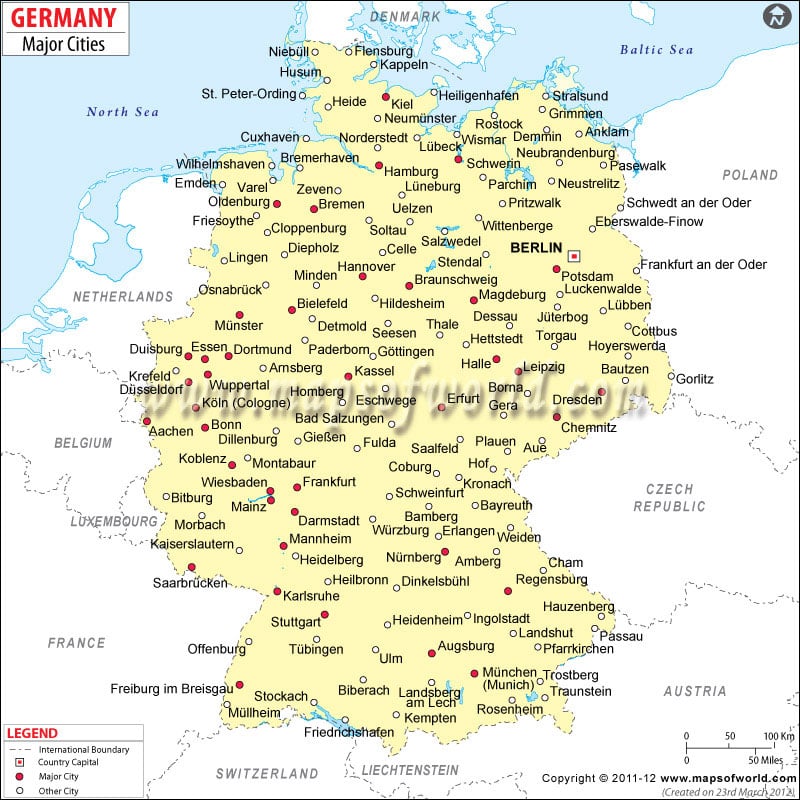 Germany (German: Deutschlandkarte) located in the central Europe is bordered by nine other European countries. Germany truly a land of thousand possibilities feels proud to have some of the world famous cities in the world. Cities in Germany are famous for architectural splendor in form of abbeys and castles, medieval villages, wine flowing countryside and the culinary savories prepared here.

Cities in Germany include Berlin, the capital of the country and famous for its jazz concerts; Munich world renowned for its annual Oktoberfest celebration and Hamburg, the second largest city of Germany also known as the Venice of Germany.