The national flag of Algeria was adopted on July 3, 1962. The flag consists of a red star and crescent centered on a vertical bicolor of green and white. 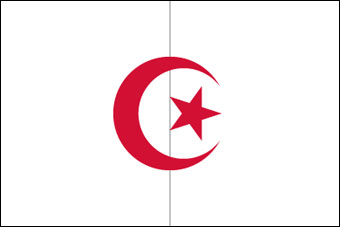 Download Picture of Blank Algeria Flag For Kids to Color

Algeria is a country in northern Africa. This African nation adopted its national flag on July 3, 1962, after Algeria achieved independence from France.

The national flag of Algeria consists of two equal vertical bars, green and white. In the center of the flag is a red star and crescent. Each of the color has a symbolic meaning. The white color represents peace and honesty; the green stands for the beauty of nature, hope, and joy; red for the blood of those killed fighting for independence in the Algerian War (1954 to 1962). The green on the Algerian flag is also a traditional symbol of the state religion of Islam.

The star and crescent also denote facets of the religion Islam.