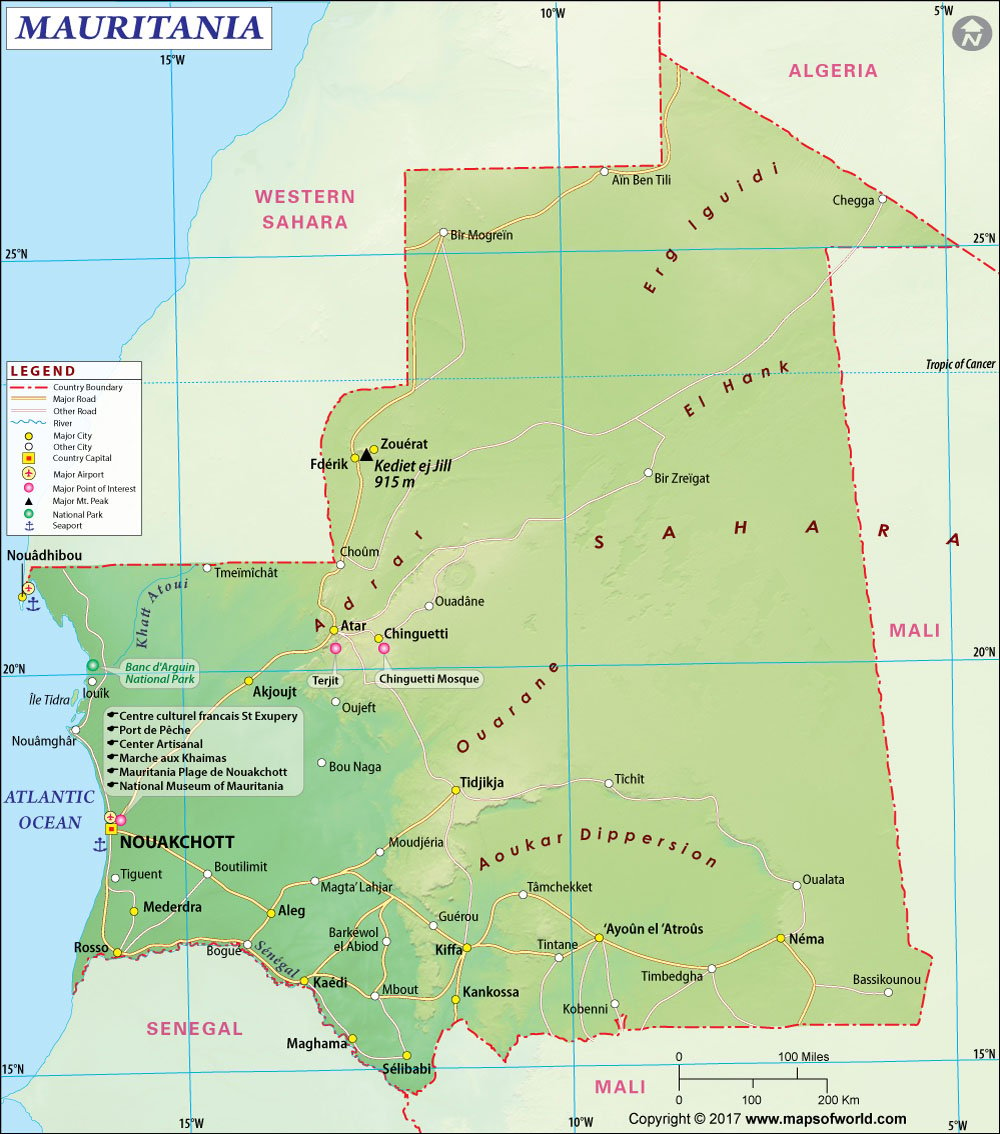 The earliest recorded settlers of Mauritania is said to be that of the Bafours people, who were driven off the land through the migration of the Berber tribes in the 3rd century AD.

During the 7th to 8th centuries, the Muslim conquest began, but it wasn’t until 1075 that

Islamic warrior monks completed the conquest of southern Mauritania. At the time, many parts of the region were ruled by the ancient Ghana empire.

Over the next 500 years, from the 11th century to the 16th century, the Arabs were met with fierce resistance from the Berber tribes. Between the years of 1644 to 1674, the tribes made their final attempts of resistance from the Maqil Arab invaders and the Beni Hassan tribes – which is dubbed as the Mauritania’s Thirty-Year War.

European nations had little interest in Mauritania, but in 1860, the French made the country its territory for strategic purposes. It remained a French colony until 1960 – the date of their independence.

On November 28, 1960, Mauritania became an independent nation, and in 1961, was admitted to the United Nations.

Mauritania is located in the Maghreb region of North Africa. Its borders are the Atlantic Ocean to the west, the Western Sahara to the north, Algeria to the north-east, Senegal to the southwest, and Mali to the east and southeast.

90% of the country is located in the Saharan desert, with human population concentrated mainly in the south of the desert. Its capital city is Nouakchott, which is located on the Atlantic coast.

Mauritania is the 29th largest country in the world. Its landscape is characterized by generally flat arid plains.

Mauritania is a democratic nation with the President as head of state and the Prime Minister as head of government. Legislative power is exercised by the Senate, which has 56 seats – with 53 members elected by municipal leaders and the other 3 are elected for Mauritanians abroad.

Mauritania is considered to be one of the poorest countries in the world, and while there are plenty of places to see and visit, it is important to note that the country still lack major tourist infrastructures. The country offers a 470-mile Atlantic coastline with plenty of opportunities for swimming and surfing, but the most interesting points of interest are the ancient Saharan cities.

The Adrar massif desert on the north of the country is regarded as the jewel in the country’s crown. It’s full of spectacular desert scenery, rocky terrain, narrow canons, and hidden oases. Within this desert are ancient Saharan towns and villages with distinctive stone architecture. Some of the towns are abandoned while others are inhabited.

Tichit is one of these semi-abandoned villages, with some of the oldest surviving archaeological settlements in West Africa. It is a UNESCO World Heritage Site, and a popular destination for many tourists. Another town and Heritage Site found in the region is Oualata – a former trading route that was one of the most important during the 13th to 14th centuries. The town is known for its colorful buildings with intricate geometric designs.

The country’s most popular natural phenomenon is that of the Richat Structure, famously known as The Eye of Africa. From space, it looks like an enormous bulls eye. It’s deeply eroded and slightly elliptical, baffling scientists even until today. There are many debates as to what caused the making of this structure – from natural ecological formations, to a meteorite crashing on earth – its true origin is still unknown. The structure is located near the city of Oualata, found in the southern end of the Saharan desert.

Education is compulsory in Mauritania from aged 6 to14. Public education is free but other costs such as books, uniforms, and daily expenses of going to school make education unavailable and unattainable for many of the country’s poor children. They either drop out of school or don’t enroll at all, and instead find work to support and help their families.

For many of the highly educated Mauritanians, education is often gotten from outside the country.