Algeria is divided into 48 provinces, 553 districts, and 1541 municipalities. In the Algeria political map, the capital city, the province capital, international boundary and province boundaries are pointed out.… 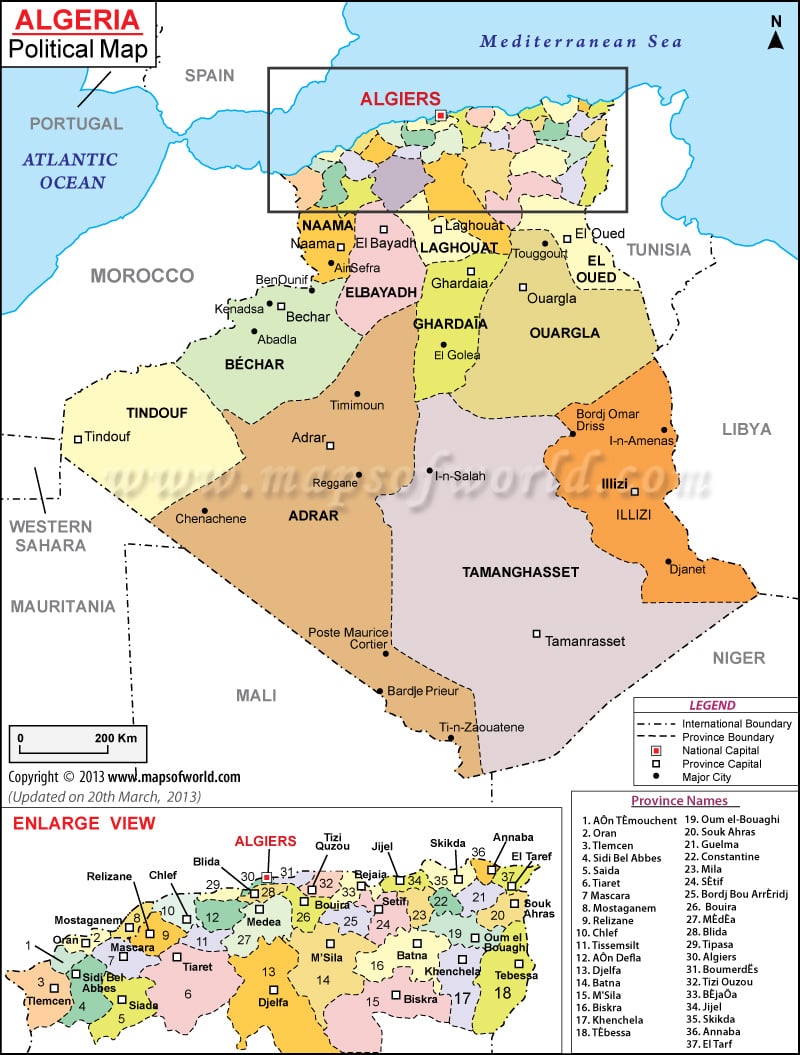 Algeria is divided into 48 provinces, 553 districts, and 1541 municipalities. In the Algeria political map, the capital city, the province capital, international boundary and province boundaries are pointed out. The capital of Algeria is Algiers. On the map, the capital is indicated in red color.

Algeria is the second-largest country on the African Continent. The Mediterranean Sea borders the country in the north, Tunisia in the northeast, Niger in the southeast, Mali and Mauritania to the southwest, Libya in the east, and Morocco to its northwest. Algeria, on the world map, is located at 36°42’N latitude and 3°13’E longitude.

Important cities of Algeria are also indicated in the map of the country. In the map, the cities are marked with black dot. The major Algerian cities include:

The capital of Algeria is Algiers. It is located at 36°45’47”N latitude and 3°03’02”E longitude. Located in the coastal area of the country, the city lies within the boundary of the Alger province. Some of major cities around Algiers are:

Houari Boumediene Airport is the civilian airport located in the region, which serve as a gateway to the city.