Being founded in 8th Century BC, Catania is the most significant city of Italy. It is the main district of Universities and Economic and Tourists center in the country. The main attractions of the city include- Elephant statue symbol of Catania, Via Etnea, shopping mall, Greek/Roman theater etc. 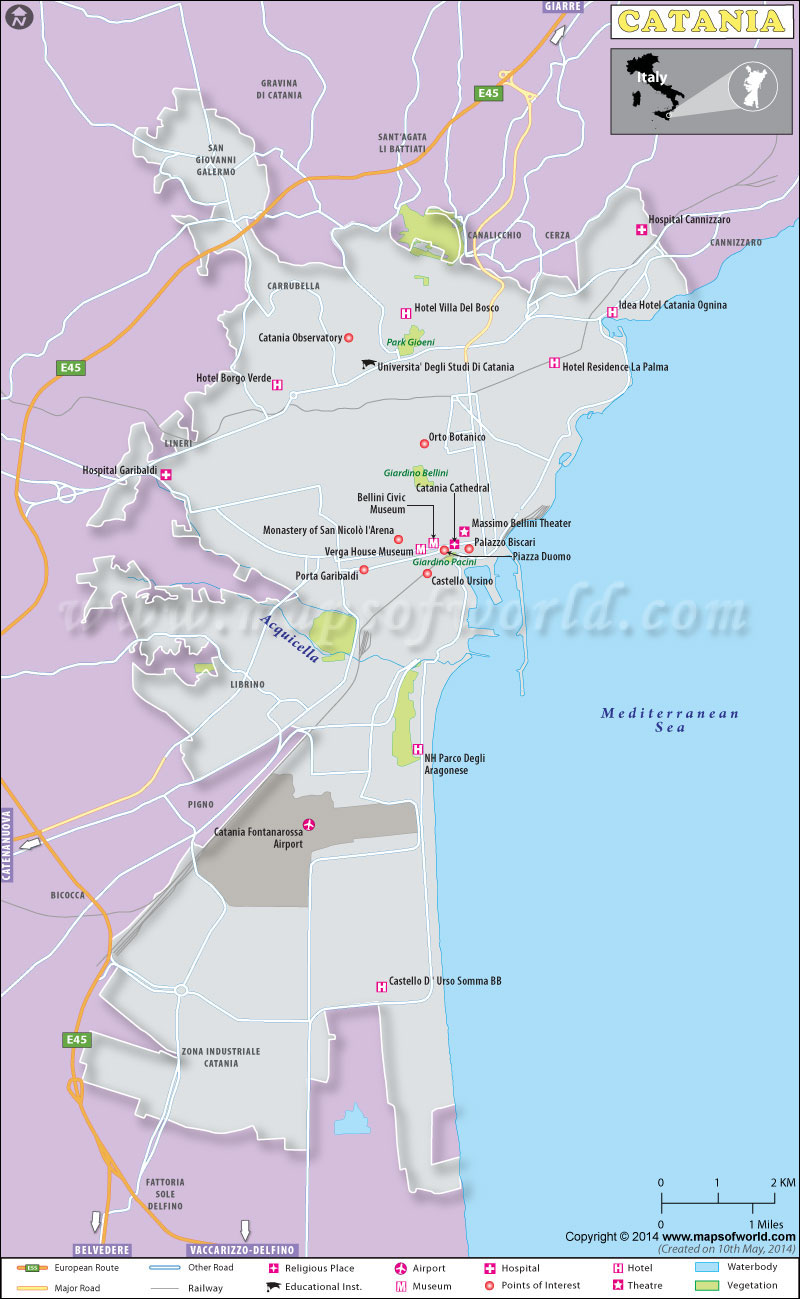 Italy Catania is the second largest city of Sicily in the South of Italy and makes the capital of the province. The population density is quite high in Catania. Catania is positioned on the east coast of the island, in the middle of Messina and Siracusa.

Catania in Italy is bestowed at the bottom of the active volcano Mount Etna.

The city of Catania Italy experienced an unfortunate burial seven times in history by the natural emission of lava. But such unfortunate occurring has never ceased the flow of life in Catania. It has emerged itself and has well preserved the old monuments of the Roman city. The remnants that remind you of the past even in contemporary Catania Italy are The Odeon, The Amphitheater and The Theater. These remains take you to the civil engineering of 2 nd and 3 rd centuries.

A visitor should see the emblem of the city of Catania Italy, u Liotru or the Fontana dell’Elefante in the heart of Catania. It was a creation by Giovanni Battista Vaccarini in 1736. The art portrays an elephant with a dagger on the top engraved on a lava stone. This art carries a story of compromise by an artist. The original engraved elephant was sexless but the citizens of Catalia objected to it accusing it as an insult to their manliness. Vaccarini compromised and added testicles to the former elephantine structure.

The baroque churches and palaces that have captured the hearts of visitors in Catania Italy are:

The transportation in Catania Italy facilitates the growing number of tourists to Catania. An international airport Catania Fontanarossa, a seaport and Catania Centrale, the central train station offer you ample facilities to tour to and from Catania.