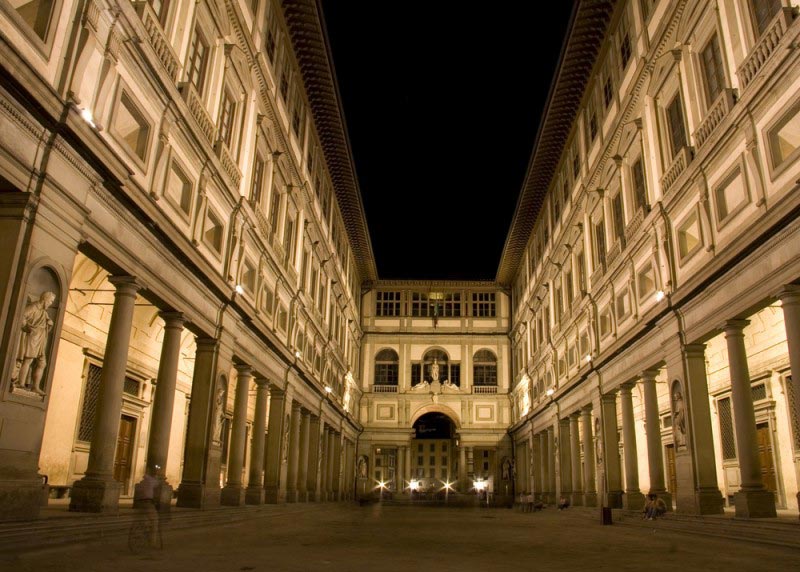 Uffizi Gallery, Italy – one of the oldest art museums in the world

Uffizi Gallery, which was originally designed by Vasari in the 15th century, is one of the most popular tourist destinations in Florence. It has a wide collection of Florentine paintings from the Late Gothic through the Renaissance and Mannerist periods. The gallery truly illustrates the evolving story of the Italians while shedding light on the role that citizens in Florence played in the Renaissance movement.

The works of art in the gallery are housed in series of rooms that number over forty. Since it’s hard to appreciate each work in its halls, there are a number of things that should definitely be seen during a visit to the Uffizi Gallery. Few of them are as follows:

Apart from these, there are many more paintings that should be glanced at while walking through the gallery. Large groups of people tend to leave the gallery after 4pm and those that want to appreciate these timeless treasures with patience and respect should use the remaining time to do so at their own pace.

Where is Uffizi Gallery?

The gallery is located right next to Piazza della Signoria and Palazzo Vecchio in the heart of Florence. It is about 10 minutes away on foot from the central Santa Maria Novella station.

Given the number of incredible sites in Florence, including Uffizi Gallery, the city is crowded by tourists even in the worst weather. Since there is no particular time of the year during which Florence has great weather and lesser crowd, your travel plans should depend entirely on your vacation priorities. However, the month of August should be avoided while traveling to Florence since Italy goes on holiday during this month and only some of the museums and attractions remain open.

Uffizi is closed on Mondays and is open between 8:15am till 6:30pm during the rest of the week.

Ticket prices begin at around €21. Entry is free for EU Citizens who are above 65 or below 18.