San Juan, the capital of Puerto Rico is the second oldest capital established by the Europeans in America. It is one of the best and biggest natural harbors in the… 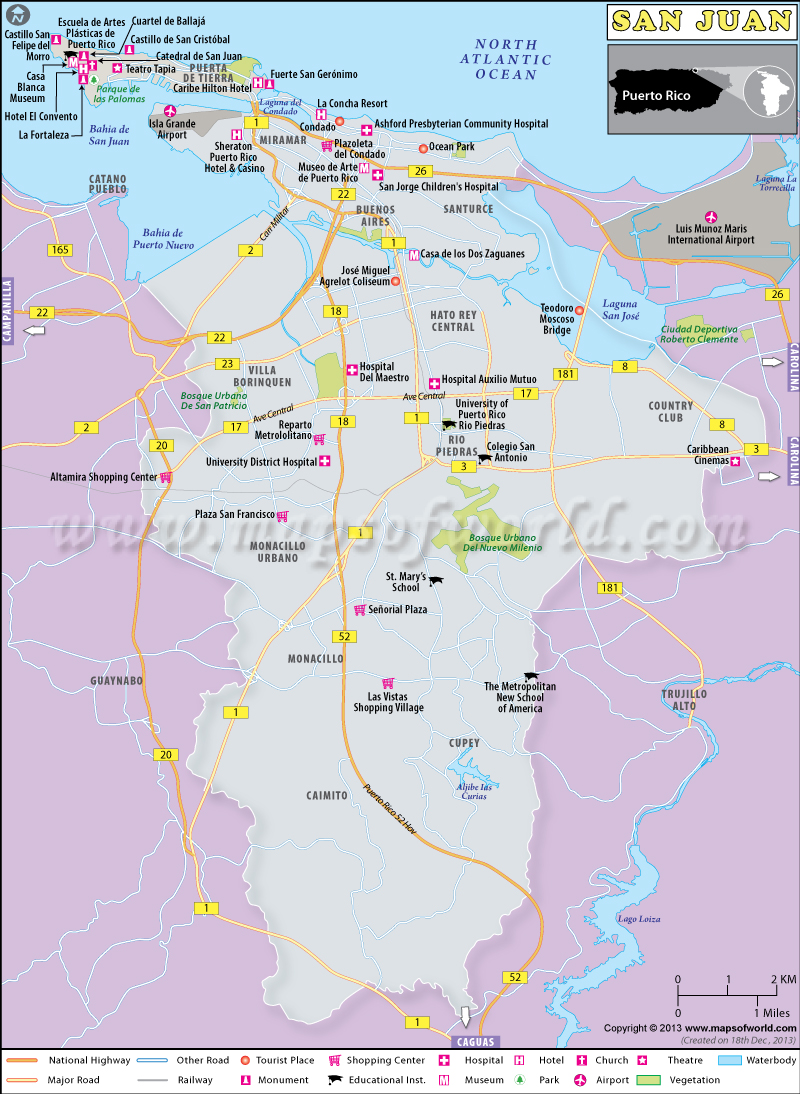 San Juan, the capital of Puerto Rico is the second oldest capital established by the Europeans in America. It is one of the best and biggest natural harbors in the Caribbean and has a population of over 400,000. Founded in 1521 by Spanish colonists, San Juan was one of Spain’s most important military outposts in that area.

The city has hosted a variety of sports events including the Pan American Games in 1979 and Special Olympics 2012. Spanish and English are the widely spoken languages.

Located on the northeast of the island of Puerto Rico, San Juan lies on the south of the Atlantic Ocean. The Condado and San José are the two natural lagoons of the city. It is divided into three main areas, viz., Old San Juan area, the Beach area and the Resort area.

San Juan has two airports, namely the Luis Muñoz Marín International Airport and the Fernando Ribas Dominicci Airport. The former serves as the primary and commercial airport and is connected to over thirty domestic and international airlines. The Ribas Dominicci Airport is mainly used for a few domestic flights, a few charter flights and general aviation. There is an international passenger and vehicle service operated by Ferries del Caribe from Santo Domingo. It is an overnight journey and requires WHTI-compliant documents.

There is a rapid transit rail called “Tren Urbano” or the Urban Train connecting San Juan to cities like Guaynabo and Bayamón. Inside the city, the most convenient way of traveling is by renting a car, although parking can be a little difficult as well as expensive. Other ways of getting around are the inexpensive public buses, the ferry and taxis.

Having a tropical climate, San Juan can be visited at any time of the year. The weather is warm and humid all throughout the year, although February and March are relatively dry. The peak tourist season is from November to April when the whole island is involved in parties and merry making. May and June are considered as the period of transition as San Juan shifts from its loud and exuberant lifestyle to the hurricane season which arrives in July and stays until November. However, even the hurricane season is safe for a visit but only after considerable queries.

People of San Juan love festivals. There is at least a little something going on forever in this beautiful port city. Some of the noteworthy ones are –

San Juan is full of heritage sites, museums, beach fronts and other beautiful places which attract the tourists towards this port city.

What’s on 4th of July [Infographic]

Where is Puerto Rico?