Since there is no official flag of the Reunion, the French tricolor is flown on every important occasion. Different unofficial versions of flags are used in the territory. 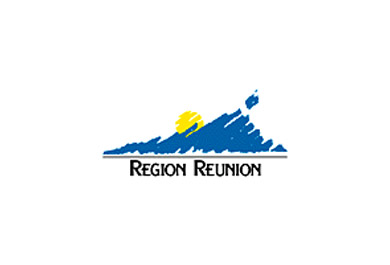 In spite of the fact that the colonial era used a variety of flags of urban France, Reunion has no official flag of its own. A flag has been suggested by the APDR (Association for the Reunion flag) with four colors – blue, golden, red, and green.

A cultural flag has also been recommended with five colors – Red, black, blue, yellow, and green.

The mix of shades represents the multi-hued arc of multiplicity in unity in Reunion.

Since there is no official flag of the Reunion, the French tricolor is flown on every important occasion. Different unofficial versions of flags are used in the territory.

The Vexillological Association of Reunion chose one ensign in 2003. The flag portrays the Fournaise volcano, adorned by golden rays of sunlight. The red color of the flag signifies the volcano and power, blue stands for lovability and the sky, and yellow represents clarity and the sun.

Since June 14, 2008, pro-independence supporters and autonomists in Reunion have designed their flag as well. This flag features three colors – yellow, green, and red. Green stands for the marronage, red represents the era of slave trade and treaties and yellow stands for the blue-collar people. The wide red band is particularly charged with a yellow five-pointed star.