Guadeloupe Flag -Guadeloupe uses the French Flag. Guadeloupe also has its own regional flag but is not used for official purposes. 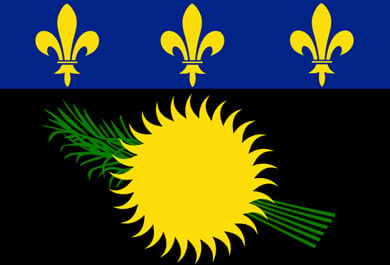 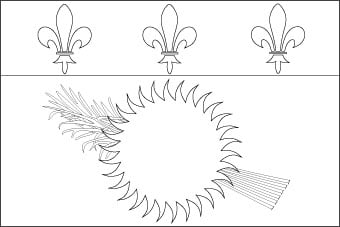 Download Picture of Blank Guadeloupe Flag For Kids to Color

As Guadeloupe is an overseas territory of France, it uses the French tricolor as its national flag. Guadeloupe also has its own regional flag but it is not used for official purposes. The regional flag has two horizontal bands of blue (top) and black (bottom).

The upper band is blue in color and features three gold fleurs-de-lis; the lower portion is black and features green sugar cane leaves surmounted by a gold radiant sun. Sugarcane is one of the main crops of the nation and hence its use in the flag. The sun stands for the tropical climate that the island nation experiences.

The unofficial flag of Guadeloupe is a white field that consists of a logo that features a stylized sun. The logo also depicts a bird on a blue and green square. Below the logo REGION, GUADELOUPE is inscribed and underlined in yellow.

The official flag used as the national flag in Guadeloupe is the French Tricolor.