Alderney, the third largest island of the Channel Islands has a flag of its own. The flag of Alderney has St. George's Cross in red with Alderney's coat of arms on the cross. 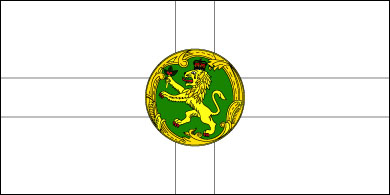 Download Picture of Blank Alderney Flag For Kids to Color

Alderney is one of the Channel Islands and is a crown dependency of Britain. The flag is of white color with a red cross in the center; in the middle of the cross, there is a golden lion in a circle of green. The ratio of width to its length is 1:2.

White in the Alderney flag signifies honesty and peace and the red color signifies strength and bravery.

The lion in the center of the flag comes across as aggressive, has a “Guernsey sprig” and its head is crowned. This lion signifies the arms of Alderney Island. A lion holding a sprig on a green background with a golden border symbolizes the coat of arms.