About city Cairo is the capital of Egypt. It is the largest city in Africa and the Arab world and the 16th largest in the world. It covers an area… 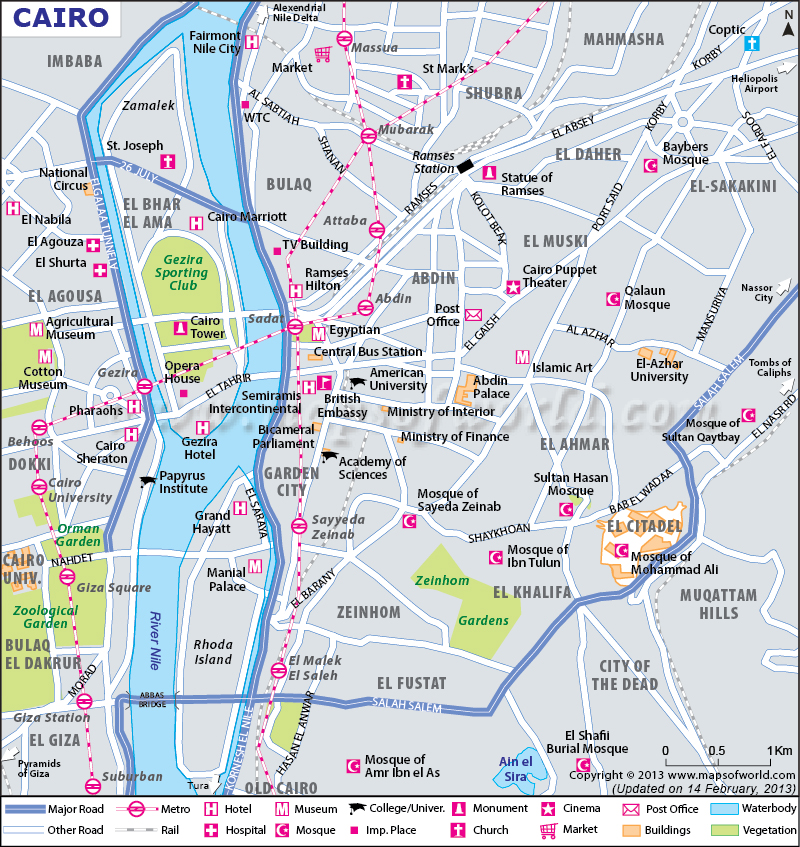 Cairo is the capital of Egypt. It is the largest city in Africa and the Arab world and the 16th largest in the world. It covers an area of 453 sq km and had an approximate population of 9,120,350 in 2011. It is also called the city of the thousand minarets for its predominantly Islamic architecture.

The region around Cairo has long been the focal point of the ancient Egyptian civilization. The origins of the modern city can be traced back to the settlements that grew here in the beginning of the first millennium. The Romans founded a fortified settlement called Babylon when Memphis began to decline. This fortified structure is the oldest part of present day Cairo. The city was constructed in 969 AD as a new capital for the Fatimid dynasty. It became the permanent capital of Egypt in 1168 and in 1169 Saladin became the first sultan of Egypt. In 1250, the Mamluks established their rule here. In 1517, it became a part of the Ottoman Empire. The importance of the city declined as a new sea route was discovered and Cairo was bypassed by the spice traders. In 1805, Muhammad Ali Pasha became the viceroy of Egypt and instituted a number of reforms. So, he is called the founder of modern Cairo.

Cairo is a fan-shaped city located at the head of the Nile delta. The river was highly susceptible to floods and changes in course which affected the shape of the city and the cityscape. This factor is now of reduced importance as a number of dams has been constructed to control the river. The most notable of them is the Aswan dam.

The city is located 165 kms to the south of the Mediterranean Sea. The city narrows towards the south where there are desert escarpments on both sides and it is widest in the north. The change in the course of the river has encouraged the expansion of the city towards the west.

Since the city lies on the border of the Sahara desert, it experiences a hot desert type of climate. Hot weather prevails for eight months and winters are cool. High humidity because of the river makes the weather uncomfortable. Rainfall is sparse but sudden showers cause floods. Winds from the desert also affect the climate.

You can easily travel to Cairo in the following ways:

The best time to visit Cairo is from November to March when the temperatures are cooler and daylight is available for a longer period of time. The brief spring from March to May is also pleasant.

A number of events and festivals are celebrated in Cairo throughout the year. These are:

There are a number of things to see in Cairo. Some of them are:

Cairo offers a vast range of accommodation for travelers of different budgets. The five star hotels include Conrad Cairo, Four Seasons, Ramses Hilton, and Cairo Marriott, while four star hotels include Hilton, Novotel, and Golden Tulip. There are several three star hotels like Windsor, President, Cosmopolitan, Horus House, and King Hotel. Budget accommodations are plentiful in the city though mid-range hotels are fewer in number.