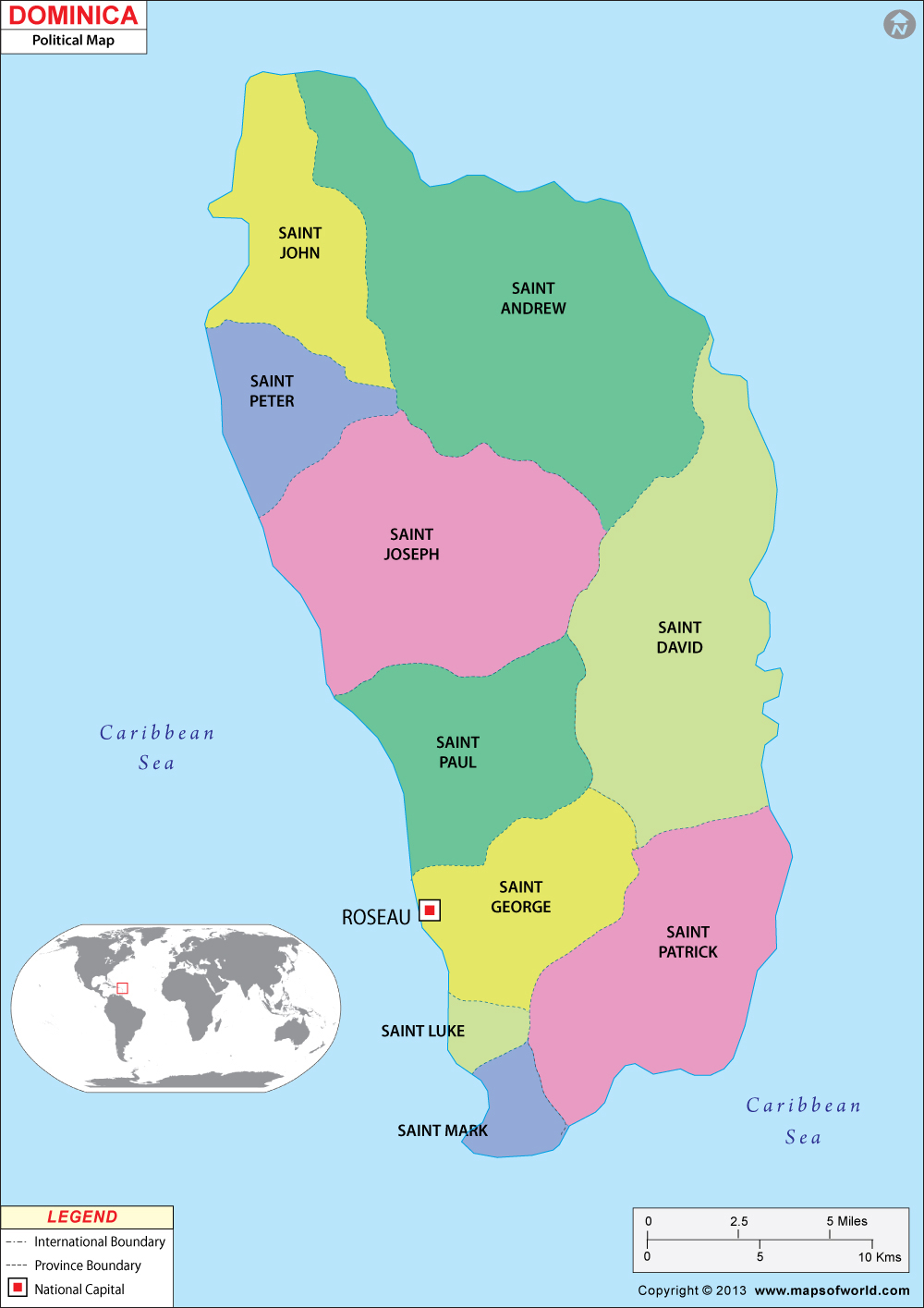 Explore this Dominica map to learn everything you want to know about this country. Learn about Dominica location on the world map, official symbol, flag, geography, climate, postal/area/zip codes, time zones, etc. Check out Dominica history, significant states, provinces/districts, & cities, most popular travel destinations and attractions, the capital city’s location, facts and trivia, and many more.

Dominica was once a British protectorate and had assumed the status of a British Associate State in 1967. The county gained full independence on November 3 1978.

Dominica lies in the Lesser Antilles in Eastern Caribbean and is approximately halfway between the islands of Guadeloupe on the north and Martinique on the south.

The country of Dominica is mountainous in nature with several peaks rising even above 4,000 ft and all these mountains are covered with rich forests. The country’s high annual rainfall contributes to the rich and fertile forests. Being volcanic in nature, the country has many volcanoes. Small, un-navigable rivers and lakes also dot the island. One of the most famous lakes is the Boiling Lake, located in the south, from which sulfurous gases frequently arise.

The flag of Dominica is green, with a centered cross of three equal bands. The vertical part of the flag towards the hoist side is yellow; then black, and then white. The horizontal part is again yellow, then black, and then white. The center of the cross is superimposed with a red disk bearing a sisserou parrot encircled by 10 green, five-pointed stars edged in yellow. The 10 stars represent the 10 administrative divisions (parishes).

The island has a tropical climate with an average annual temperature of about 27°C. The annual rainfall is considerable, ranging from about 1,780 mm on the coast to more than three times that figure in the mountains.

Dominica is mainly made up of the black, constituting over 90 per cent of the population. They are basically descendants of the slaves brought from Africa in the 18th century. A small group of Carib also inhabits the island. Though English is the official language, French Patois is also widely spoken. Majority of the population are Roman Catholics.