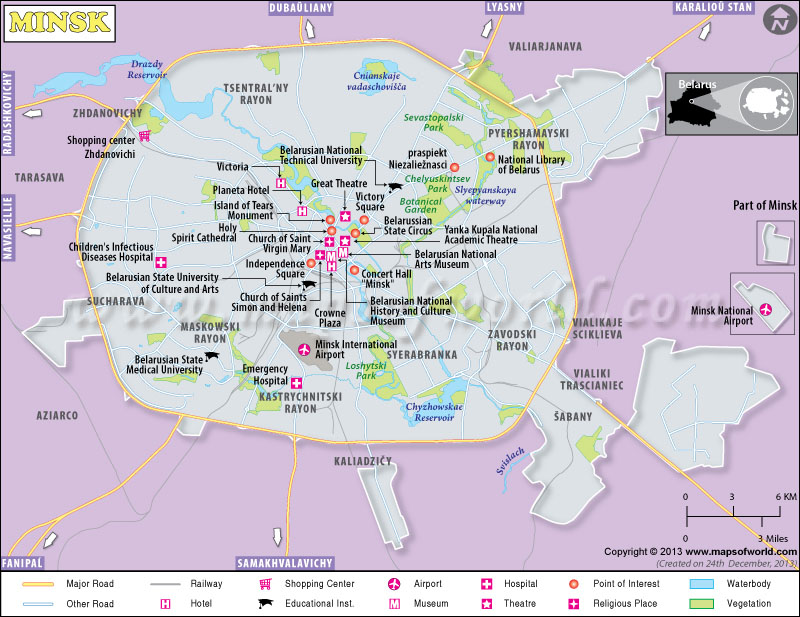 The city remains crowded in all parts of the year by tourists and business executives. From the end of the Second World War, Minsk has been the home of many industries. Minsk, Belarus has also been chosen as the location of the Commonwealth of Independent States’ (CIS) headquarters.

The average altitude of Minsk is 220 meters above the sea level. Such an elevation contributes to the moderate climate in Minsk. The summer in Minsk experiences an average temperature of 17 degrees Celsius, while the winter in Minsk can be as chilly as -6 degrees Celsius. The air from the Atlantic Ocean continues to comfort the tourists in Minsk throughout the year.

The location of the city of Minsk in Belarus on the southeastern incline of the Minsk Hills offers a magnificent scenic beauty. The incessant flow of the Svislach and Niamiha rivers through the city adds beauty to the landscape of Minsk. The other attractive sites in this Belarus city include: