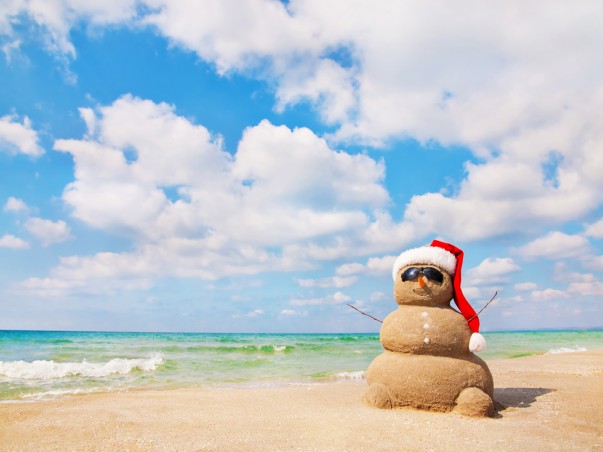 It is said that Santa chooses a kangaroo for his ride to Australia. As Christmas heralds the beginning of summer holiday, the Aussies get serious about merrymaking, out in the open. Since singing 'Let it Snow' sounds little awkward, they rejoice in 'Sunburnt' Christmas. For the northerners, it's a different Christmas in Australia where people watch surfing Santa in best of the beaches, listen to blend of gospel music and country music, and people preferring cold turkey over hot roast dinner.

If you happen to be in Australia this Christmas, here are some things you wouldn't like to miss: 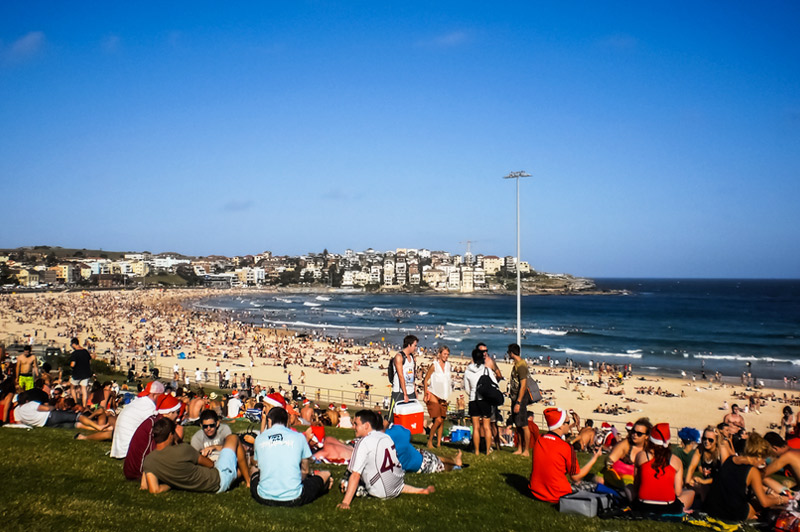 Thousands turn up on the most famous beach in Australia

Christmas in Sydney looks like another day in paradise. You can't ask for more when you have warm waters in front of you and a balmy temperature to help you have a rollicking time. Thousands hit the most famous beach in Australia as it turns into a party scene with DJs, food and entertainment continuing till late night. 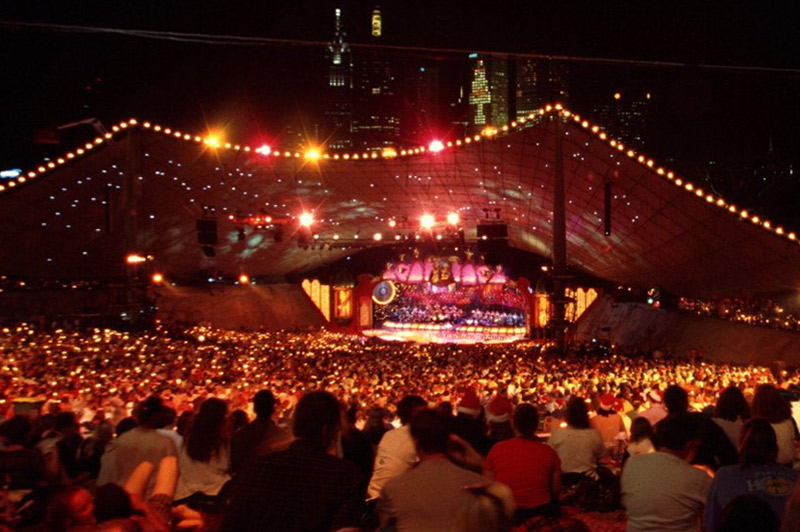 Listen to Carols by Candlelight

This event is unique to Australia. It's common to see people coming out of their house and gathering outdoors, usually in a park, to sing carols by candlelight. The tradition, which was popularized in Melbourne, has spread far and wide. Come to the Sidney Myer Music Bowl at King's Domain Gardens in Melbourne and witness a memorable Christmas Eve. While thousands sing carols in chorus, the live performances by celebrities make the crowd go berserk. 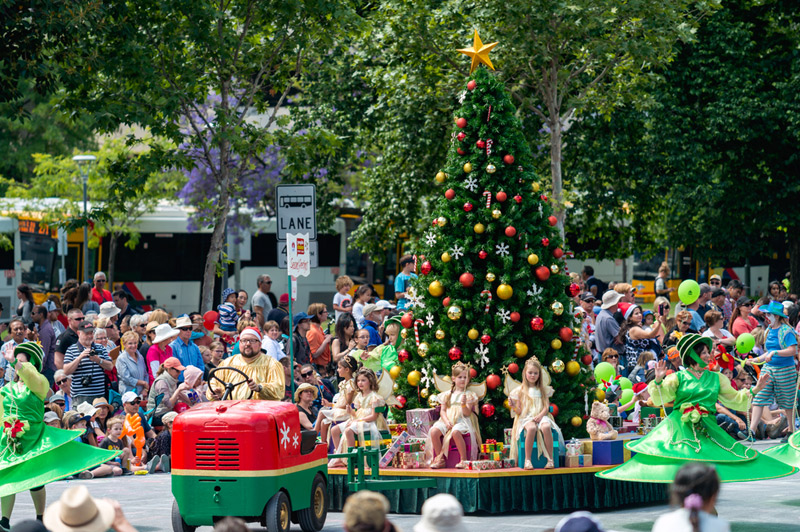 During Christmas, people come out of their house and gather outdoors

When you are spending a summer holiday in Australia, you must not expect a traditional hot roast dinner for Christmas. Instead, embrace the pleasure of gorging into cold turkey, ham, seafood and salads. For desserts, you must ask for Christmas plum pudding with cold custard, ice cream or cream. 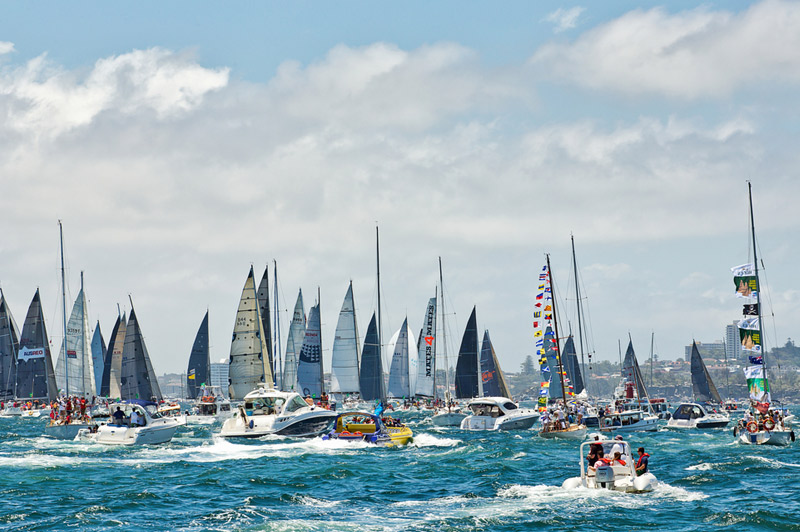 Yacht Race on the Boxing Day

The euphoria over Christmas continues to linger even the next day, the Boxing Day. You would notice this when you come to see the most talked about yachting event in the world – Rolex Sydney Hobart Yacht Race. This iconic summer sport in Australia keeps the enthusiasm of tourists alive as they get to see hundreds of colorful yachts with their determined sails racing along the Tasman Sea at a great speed.

Make the Most of the Boxing Day

Nothing delights an Australian cricket fan more than watching a fantastic game at the MCG – Melbourne Cricket Ground. Even if you are visitor, watching the Boxing Day Test match at this beautiful ground further prolongs the celebration. 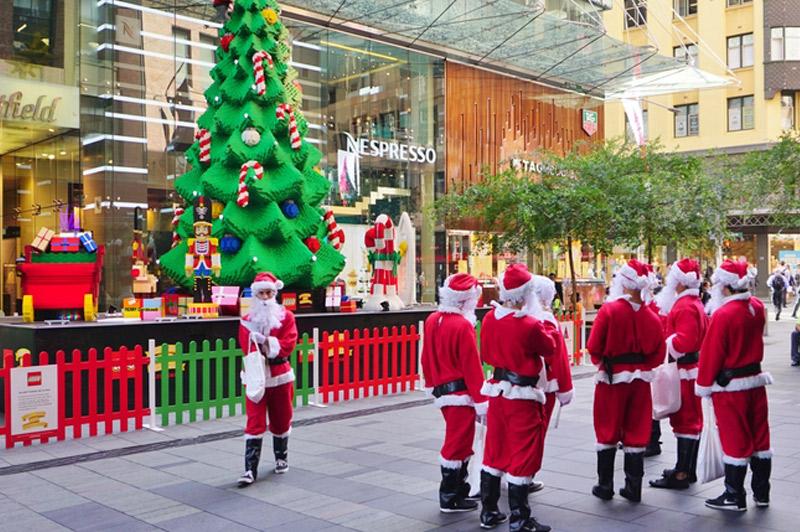 The Aussies get serious about merrymaking

So, after you have attended the midnight mass and unwrapped your Christmas gifts, turn to revelry. Eat, drink, dance, surf, race, and enjoy a happy Christmas in Australia.

In case you are looking for best places to spend Christmas in Australia, here are some of them: Byron Bay, Darling Harbour, Purnululu National Park, Uluru, Sea World, Kangaroo Island, Kakadu National Park, and Queensland.