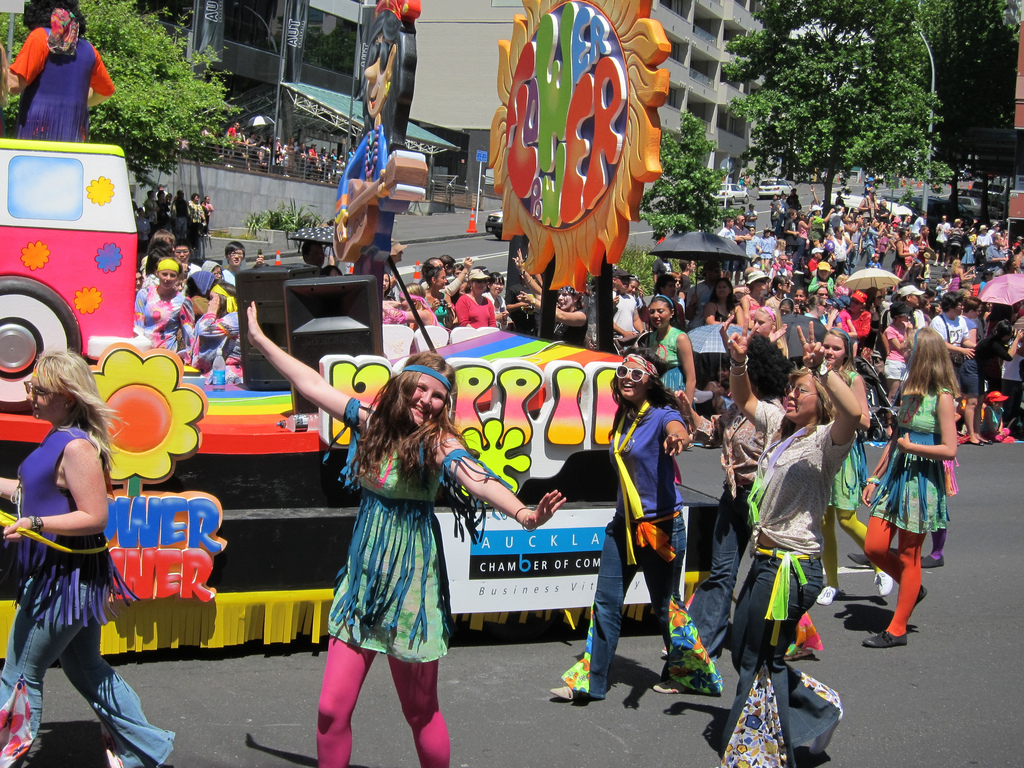 Hippies at the Santa Parade during Christmas Celebrations in New Zealand

Santa says bye to snow and goes to swim during Christmas in New Zealand. Christmas is combined with the summer holidays, so it is all the more enjoyable. The families prepare for trips to the beach. People buy gifts and party hard to celebrate Christmas. The shops are decorated using red and white colored ornaments. The pictures and models of Santa Claus in his red cloak and white beard, in the background of beautiful snow scenes are seen adorning the shops. Some of the towns in New Zealand conduct a Santa parade with bands playing Christmas tunes, decorated floats, and marching girls. These parades usually begin from mid-November.

Christmas in New Zealand was introduced by the English settlers who arrived in the late 18th century. It was in the last few decades that the persona of Father Christmas was changed to Santa Claus and has therefore become like the Santa of the United States and Ireland. But the native Maori culture is also there in the form of the spirits and creatures, elves and gnomes tracing their origin back to the European Christmas traditions.

The typical dinner of Christmas in New Zealand consists of the roasted turkey with vegetables and sauces. Fruit-rich Christmas pudding with brandy sauce is served as dessert. Pastry cases filled with a mixture of chopped dried fruit and mince pies also form an essential part of the Christmas meal.

Christmas in New Zealand is a very enjoyable affair as people have a lovely time with Christmas dinners that are eaten outside. There are many people who arrange for a picnic or a barbecue or a traditional Maori hangi. This is a special technique where a hole is dug in the ground and is heated with hot stones. Meat and vegetables are put into this hole, and then covered allowing the food to cook inside. People sit around and sing Christmas carols.