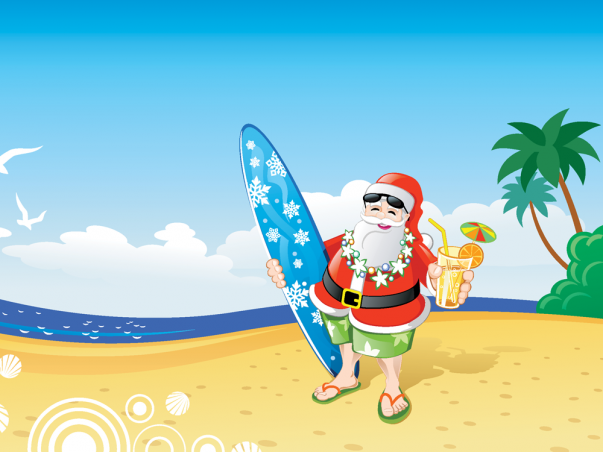 Summer Christmas is a fine combination of sand, sun, and surf!

Christmas posters usually exhibit Santa Claus riding a reindeer-driven sledge upon shimmering white snow. This is because Christmas was initially popular in the countries that experience snowfall during December. However, due to the migration of people from these countries to places where there is no snowfall during December, the celebration of Christmas in warmer climes began in a different way. These destinations became popular as summer Christmas destinations, as there is a fine combination of sand, sun, and surf during Christmas.

Five Best Places to Spend Christmas in 2015 are:

These are best-value destinations. Enjoy Christmas 2015 in a different way! Drink chilled liquor and plunge in clear and cool waters of the southern seas. You may get a chance to swim with Santa. Watch Santa in summer clothes enjoying his beach Christmas holiday.

« Booka Restaurant and Bar Christmas in Chicago »
One Comment