N’ Djamena is the capital city of Chad that is the administrative head of the country. This is the best city of Chad, a place that was once occupied by the… 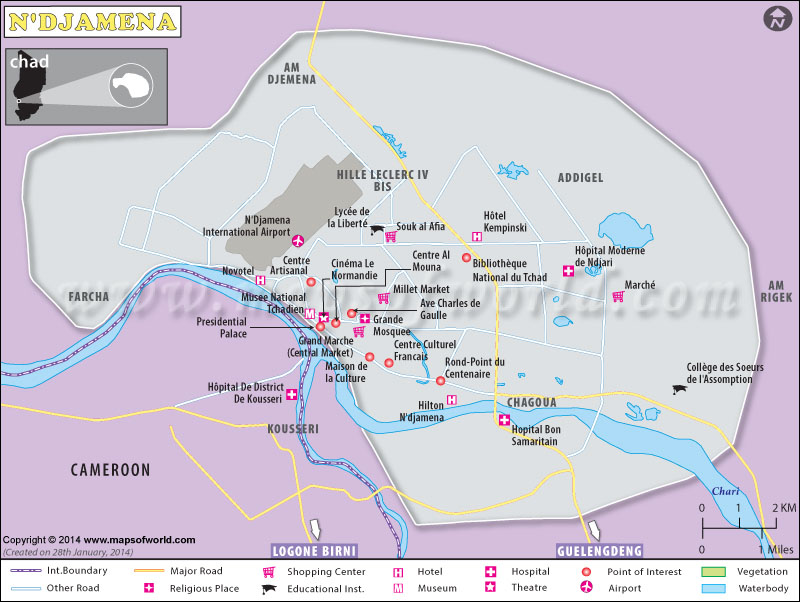 N’ Djamena is the capital city of Chad that is the administrative head of the country. This is the best city of Chad, a place that was once occupied by the French colonialists. It is located to the western edge of the country at the confluence of the Chari or Shari River with the Logone River. The city was founded in 1900. Though the entire city might not seem very well developed, there are comfortable lodgings and some important services such as postal services and airport facility. The Ndjamena Airport is the most important airport, which connects Chad to many overseas countries. Other modes of transportation in N’Djamena include buses and cabs. There are regular buses, yet almost all the buses are overcrowded.

The chief tourist attractions in N’ Djamena are the colonial buildings belonging to the era of French occupation. Also there are certain government buildings that stand out among the typical sahel-style huts that dot the city. There is a specific African feel to the N’Djamena city as the people have retained their traditional customs and faith. Most of the people being Muslims, it is advisable for travelers to abide by the Islamic courtesies. The Central Market area in N’ Djamena is the place to look out for all sorts of necessities, from vegetables and poultries to books and clothes. And sundry is available in some of the departments of the Central market of Chad.