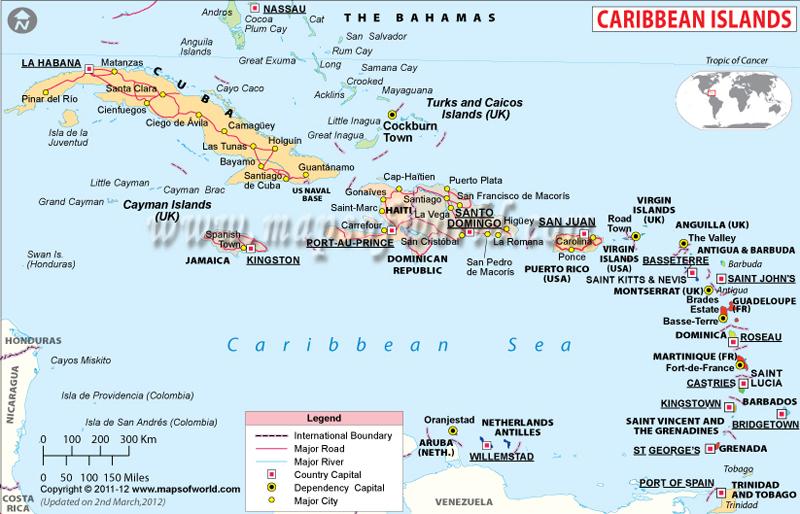 The Bahamas and Turks and Caicos Islands make up the Lucayan Archipelago. Greater Antilles consists of Cuba, Jamaica, Puerto Rico, the Cayman Islands, and Hispaniola island, which is home to Haiti and Dominican Republic. Lesser Antilles is made up of the Virgin Islands, Antigua and Barbuda, Dominica, Grenada, and many more.

The Caribbean islands were historically referred to as the West Indies, and were separated into united groups by the European nation who colonized them, like the British West Indies and Dutch West Indies.

Several American countries that are not islands are situated along the Caribbean Sea, and share many similarities with the Caribbean islands.

The Caribbean is a popular tourist destination for its great weather, warm waters, and pristine beaches.

The Caribbean has a number of unique holiday destinations. The place is a haven for beach lovers; the white sand beaches in most of the Caribbean are an ideal place for vacationers to relax. Besides, the Caribbean provides ample of recreational opportunities like surfing, sailing, scuba diving, windsurfing, and swimming with dolphins.

The rain-forests in the Caribbean are worth-visiting as they are home to numerous plant and bird species. Cruise ships and golf courses in the islands draw millions of people to the islands.