Where is Switzerland located on the world map? Switzerland is located in Europe and lies between latitudes 47° 0' N, and longitudes 8° 00' E. 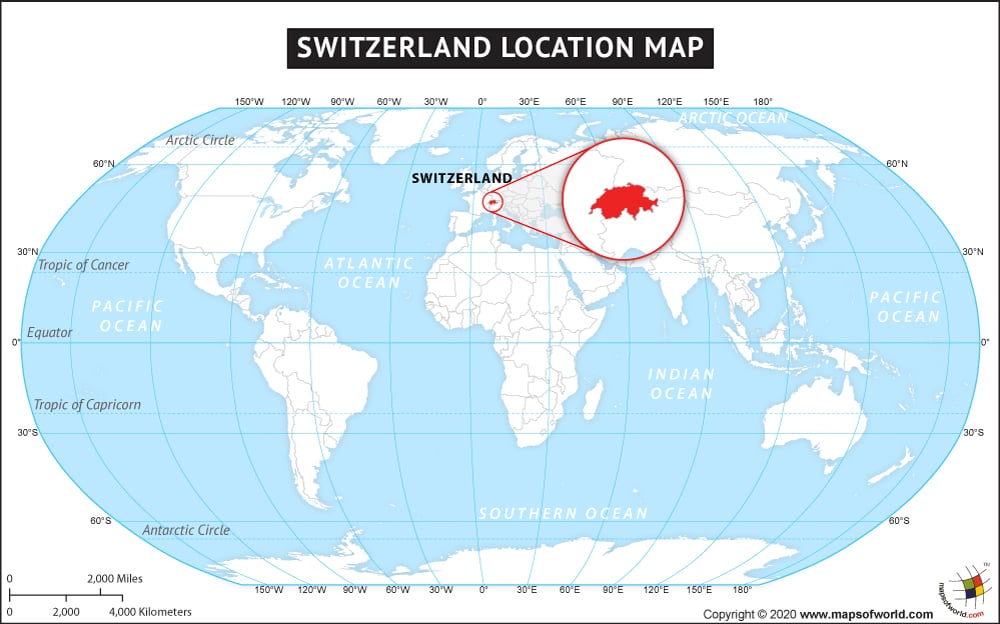 Description :Map showing Where is Switzerland located in the World.
1FacebookTwitterPinterestEmail

Swiss culture is defined by the traditional customs of the country. And economically Switzerland is a highly stable country, in fact, it was ranked as the wealthiest country in the world in per capita terms.