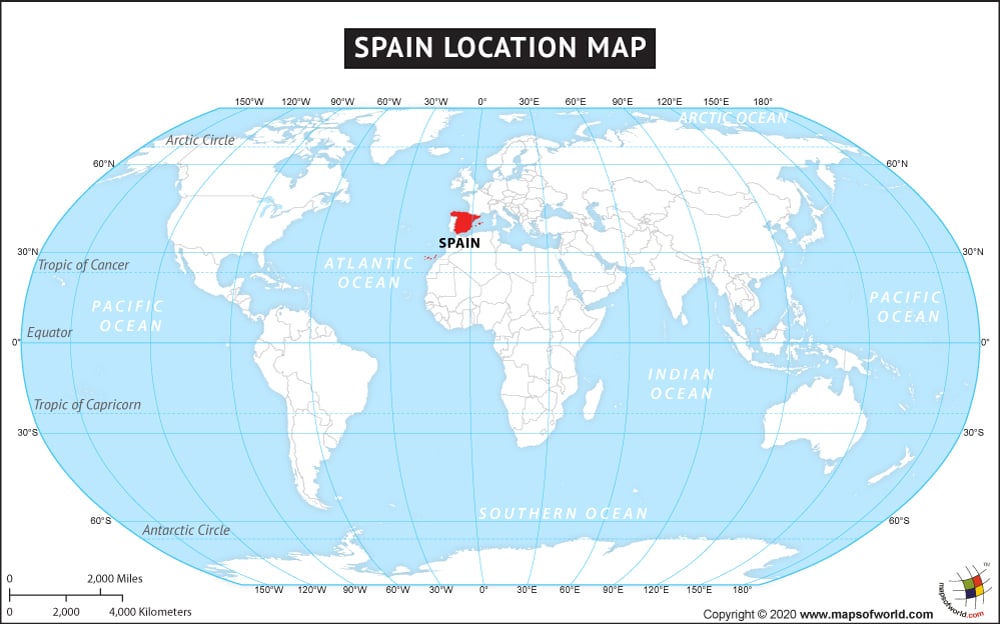 Description : Map showing Where is Spain located in the World.
0
FacebookTwitterEmail

Where is Spain located in the World

One of the oldest countries of Europe, Spain is located in the south west of Europe occupying maximum part of the Iberian Peninsula. “This member state of the European Union is partly bordered by water bodies such as the Mediterranean Sea in the east, strait of Gibraltar in the south and Bay of Biscay in the north”. It shares its land boundary with Portugal in the west, France and Andorra in the north and northeast and a small boundary with Gibraltar in the south. Spain, officially the Kingdom of Spain has the thirteenth largest economy of the world.  It is the fifty second largest country of the world with a total area of 505,370 sq. km. Its geographic coordinates are 40 00 N and 4 00 W and Madrid is its capital and largest city. Besides the mainland Spain, its territory includes many islands on the Atlantic Ocean and the Mediterranean Sea such as the Canary Islands in the Atlantic Ocean and the Balearic Islands in the Mediterranean Sea.

Spain has Mediterranean and temperate climate. Culturally Spain exhibit the influence of Moorish and European society. “This country is home to beautiful cities, magnificent landscapes, snowcapped mountains and historical monuments, which makes it a traveler’s paradise”.