Where is Barcelona? One of the top tourist destinations in the world, Barcelona is located in Catalonia, which is an autonomous community in Spain. It is Catalonia,s capital as well… 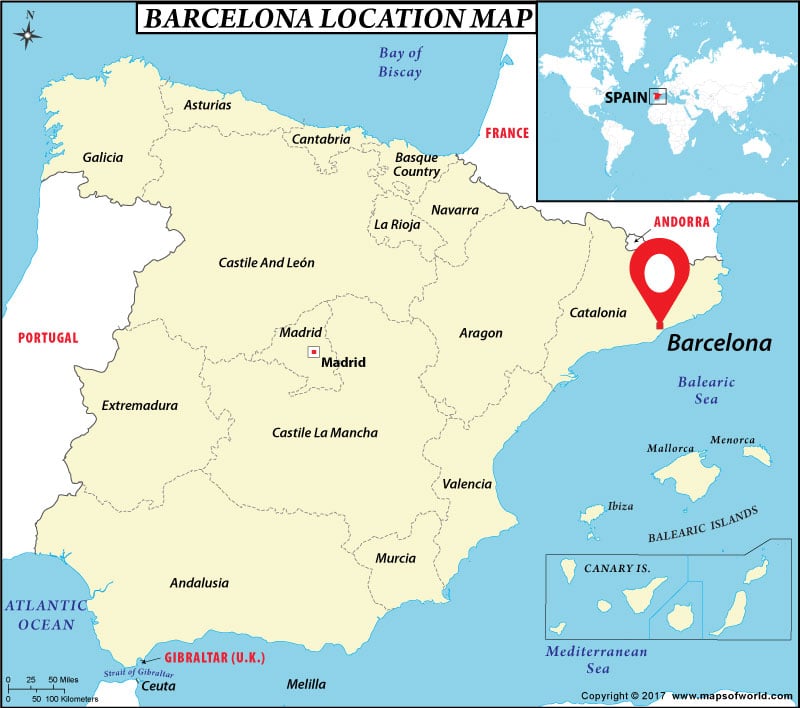 One of the top tourist destinations in the world, Barcelona is located in Catalonia, which is an autonomous community in Spain. It is Catalonia,s capital as well as its largest city, and is situated on the northeast coast of the Iberian Peninsula.

Barcelona, has a rich history and culture, attracts tourists from around the world who come to visit the various attractions that the city has to offer.

It is also one of the most prosperous cities in Spain, with a robust economy and GDP. In terms of GDP, Barcelona was the fourth most economically powerful city in the European Union by 2008 statistics.

To get information on the location of Barcelona, refer to the map of the city. The map of Barcelona notes location within the city, as well as the regions of Spain, the national capital Madrid, and the neighboring countries of Portugal, and France.