The map illustrates the national capital, surrounding countries, 9 districts, and 5 town council boundaries with their capitals. 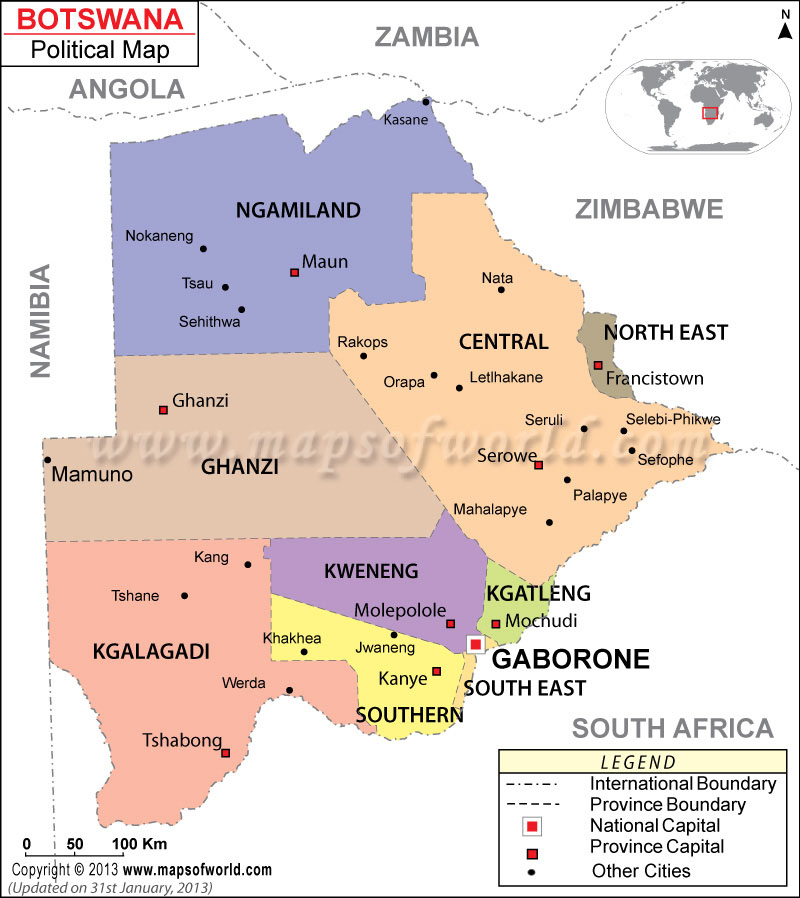 Botswana is a country located in southern Africa. About seventy per cent of the country is covered by the Kalahari Desert. Covering an area of 224,610 square miles, Botswana is the forty-seventh largest country in the world. The estimated population is 2,029,307.

As shown in the Botswana Political Map, Botswana is bordered by South Africa to the south and south-east, Namibia to the west and north, and Zimbabwe to the north-east.

The national capital, Gaborone is marked on the map with a red circle enclosed in a square. With a population of 191,776, it is also the largest city in Botswana.

The political map of Botswana also highlights the major cities, districts and their capitals, and national and international boundaries of the nation. The major districts shown on the map are:

Botswana is the parliamentary Democratic Republic wherein the President is the head of government. Mokgweetsi Masisi is the current President of the nation. SlumberTsogwane is the Vice-President.

Botswana is the largest supplier of gem-quality diamonds in the world. Tourism, agriculture and transportation contribute to the country’s economic structure. Livestock also has a fair share of contribution towards the economy of the nation.

Where is Botswana Located

Map of Botswana with Cities