Download Picture of Blank Bhutan Flag For Kids to Color One of the national symbols of the Kingdom of Bhutan, the Bhutanese national flag was officially adopted in 1969. The… 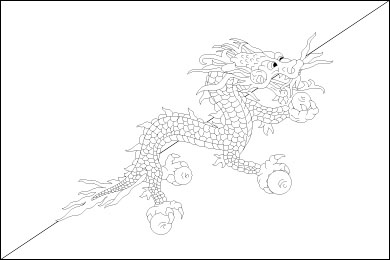 Download Picture of Blank Bhutan Flag For Kids to Color

One of the national symbols of the Kingdom of Bhutan, the Bhutanese national flag was officially adopted in 1969. The flag of Bhutan is diagonally separated in two halves: the upper left half is orange/ yellow and the lower right half is orange.

In the middle of the flag is an emblem of a white dragon facing to the right. The dragon is seen holding jewels in its claws and these signify the nation’s wealth.

The snarling mouth of the dragon represents the strength of the people protecting the country. The orange color represents the Drukpas monasteries and Buddhist religion, and the orange/ yellow symbolizes the secular authority of the King.

The white color stands for purity and loyalty.

Where is Bhutan located?

Where is Bhutan located?