A founding member of the European Union, the Kingdom of Belgium is situated in Western Europe.  It is bounded by the North Sea in the northwest, Netherlands in the north,… 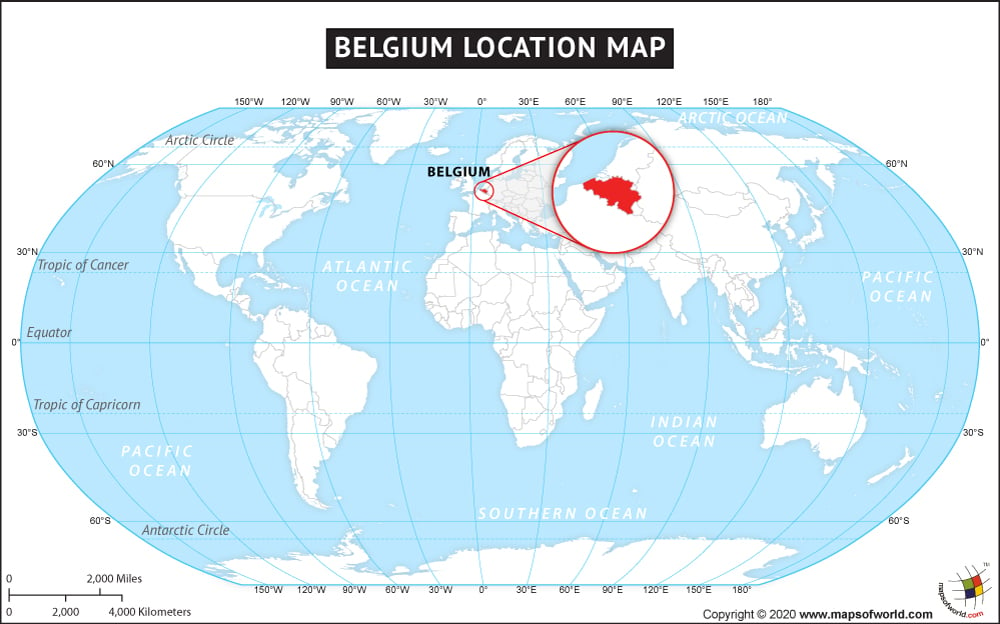 A founding member of the European Union, the Kingdom of Belgium is situated in Western Europe.  It is bounded by the North Sea in the northwest, Netherlands in the north, France in the south and west and Luxembourg and Germany in the east. Belgium has a short coastline of 66.5 km length and covers a total area of 30,528 sq. km. It is ranked hundred forty one in the list of world countries in terms of total area.

Belgians enjoy temperate climate with cool summers and mild winters. The country has flat plains in the northwest and upland and rugged mountains in the center and southeast region respectively. Belgium territory is divided into three regions Flanders in the north, Wallonia in the south and the capital city of Brussels in the center. The latitudinal and longitudinal extent of Belgium is 49°30 to 51°30N and 2°33 to 6°24E respectively.

Economically, Belgium is placed strongly in Europe and in the world. In 2007, it was considered as the fifteenth largest trading nations of the world. Belgium’s contribution in the field of art and architecture is highly notable.