Brussels is the capital of Belgium and also the de facto capital of the European Union. Geographically, the Brussels capital region is located in the northern part of Belgium and is surrounded by Wallonia and the Flemish region. 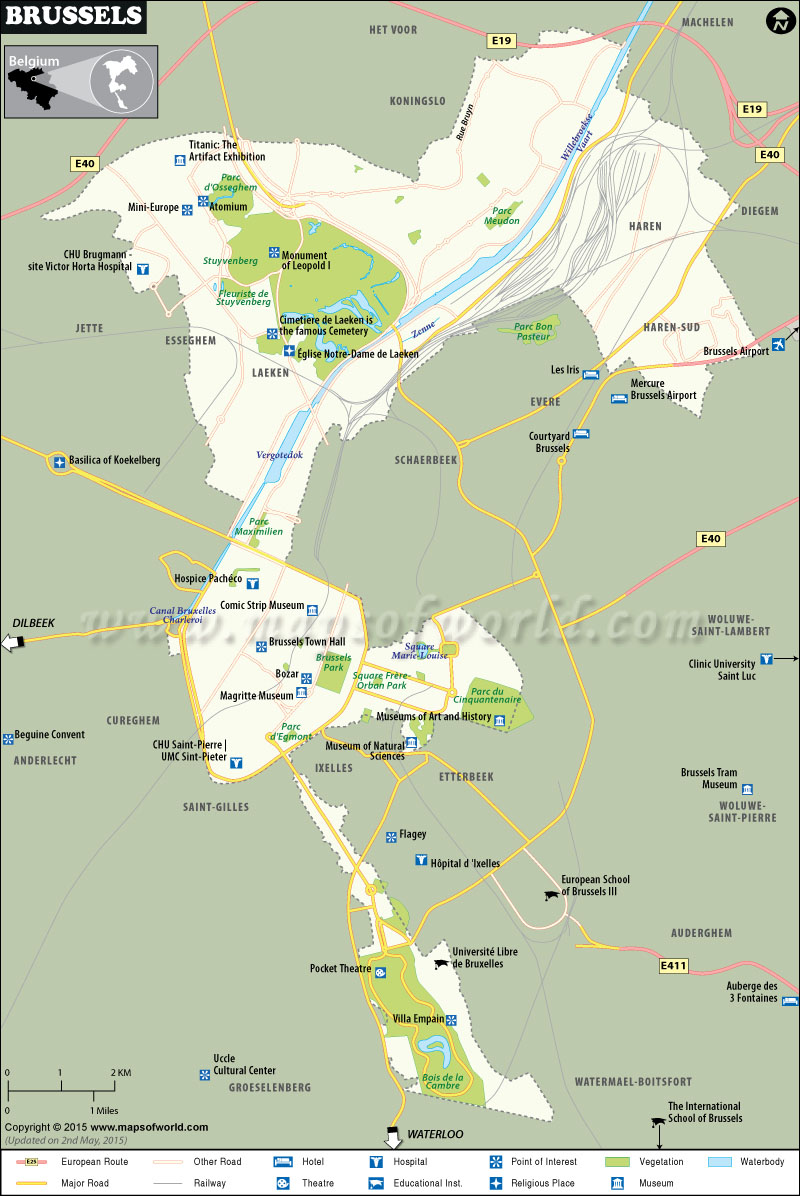 Brussels is the capital of Belgium and also the de facto capital of the European Union. The city covers an area of 161.38 sq km and had an approximate population of 1,138,854 in 2012. The earliest trace of the city can be found in a chapel constructed on an island in the river Senne in 580 AD. The town was officially founded in 979 AD, when the Duke of Lower Lotharingia transferred the relics of Saint Gudula from Moorsel to the Saint Gaugericus chapel and constructed a fortified town here. The city got its first walls in the 13th century and began to expand rapidly.

Today, the city has a number of contradictory characteristics – it is both French and Flemish, flamboyant and boring, and a seat of culture as well.

Geographically, the Brussels capital region is located in the northern part of Belgium and is surrounded by Wallonia and the Flemish region. It is located about 60 kms from the North Sea on the valley of the Senne River. The city is shaped like a pentagon and ring roads now surround the city instead of the old walls.

The city enjoys an oceanic climate due to its nearness to the coast. Marine air masses from the Atlantic Ocean regularly influence the area. They also lead to a predominantly wet and cloudy weather.

You can travel to Brussels in the following ways:

The rainy climate of Brussels is a major problem when searching for the best time to visit. May and September are the best months for a visit, as they are driest. July and August are the warmest months but they are also quite wet.

Several events and festivals are celebrated in Brussels throughout the year. The most important are as follows:

The city of Brussels is full of places of historical interest and archeological landmarks. Some of the most noteworthy sights of the city are as follows:

Other important landmarks of the city include the Opera house, the Palais de Justice, and a number of beautiful parks.