Moldova is an Eastern European nation that shares borders with Romania and Ukraine. The capital of Moldova is Chisinau. The country is divided into thirty-two districts, three municipalities, and two autonomous regions. 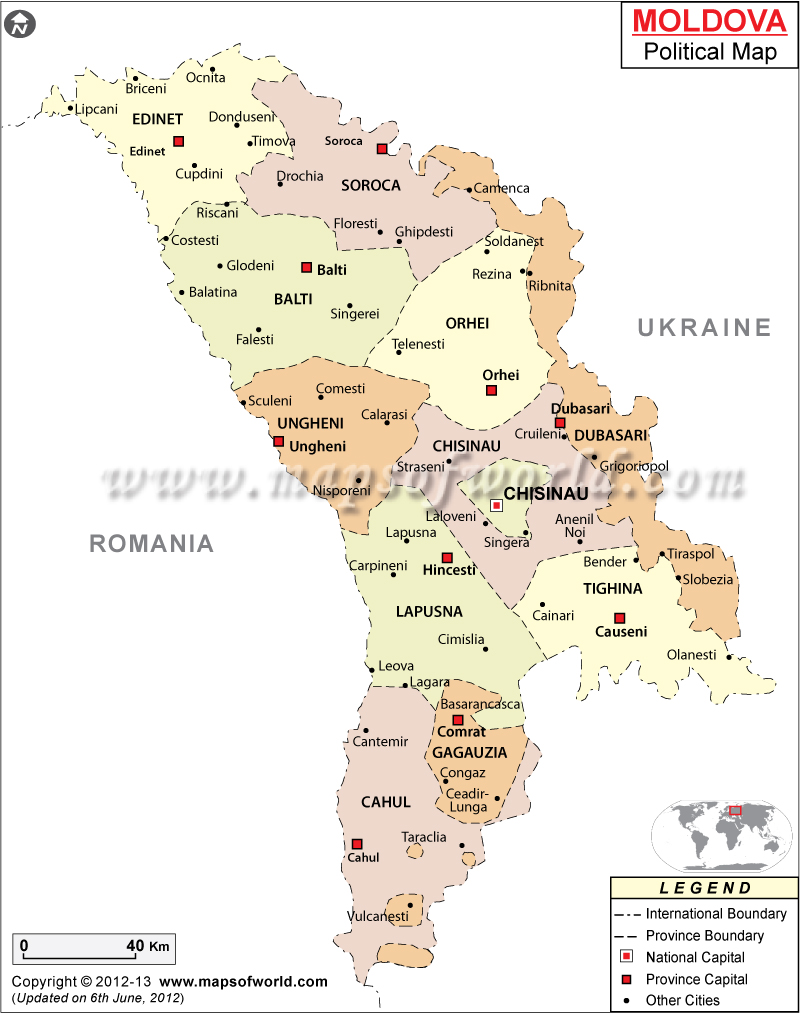 Description : Map showing the provinces of Moldova along with their boundaries and capitals.
0FacebookTwitterPinterestEmail

Moldova is an Eastern European nation, bordered by Romania and Ukraine, and headquartered in its capital, Chisinau. There are thirty-seven major administrative units in Moldova: thirty-two districts, three municipalities, and two autonomous regions.

The municipalities of Moldova are Chisinau, Balti, and Bender. These are cities with a special status as first-level administrative units, similar to that of the districts. Chisinau is the capital of Moldova, and holds the special status as a result of this.

Gagauzia is considered an autonomous territorial unit, and is located in southern Moldova. Gagauzia has an area of 1,832 square kilometers (707 square miles). The population of Gagauzia is over 80 percent ethnic Gagauz.