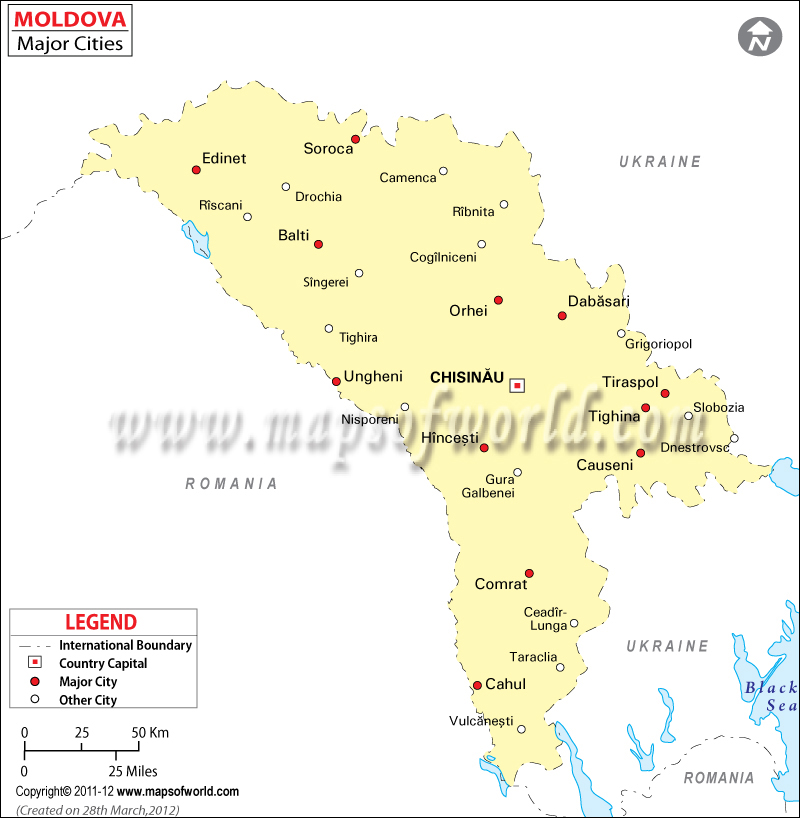 Situated in the Eastern Europe, Moldova has several important cities. Presently, there are sixty-five cities in the country Moldova among which Chisinau, Balti, Comrat ,Tighina and Tiraspol are the most important ones. These Moldova cities are the ones having municipality status.

The other sixty cities of Moldova have city status. Being the capital of Moldova, Chisinau, is also the industrial hub of the country. Situated in the centre of Moldova, this is the most economically prosperous city providing a wide range of facilities to the people in the educational sector.