Cities in Mali have some of the best cultural and tourist attractions of the world. These cities of Mali are a part of the historical and antiquity tour. They offer breathtaking… 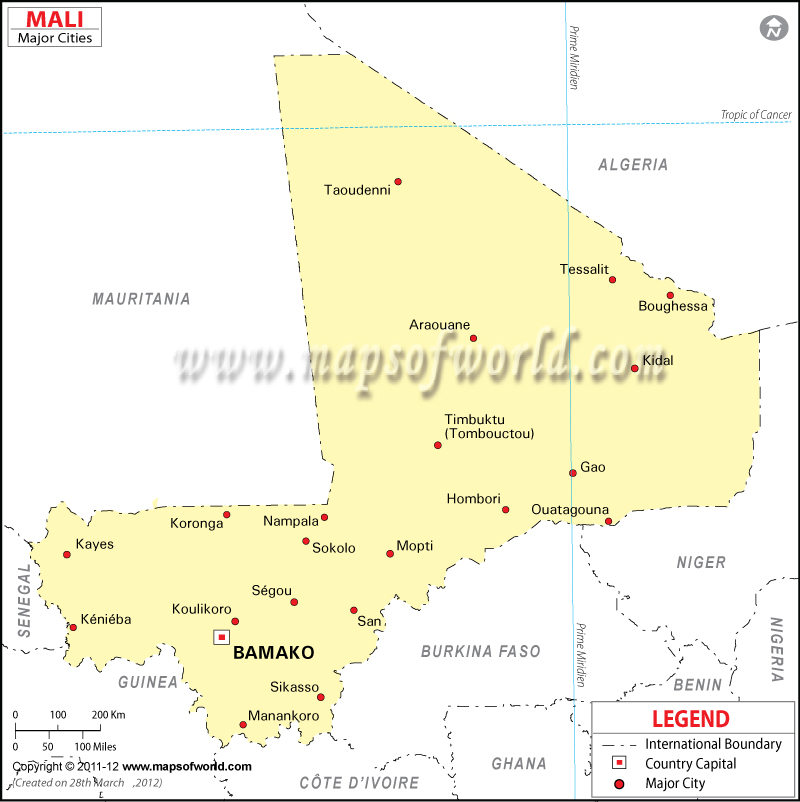 Cities in Mali have some of the best cultural and tourist attractions of the world. These cities of Mali are a part of the historical and antiquity tour. They offer breathtaking landscapes and houses magnificent monuments.

These cities are famous for their wood carvings, gold jewelery and mud cloth designs. Travelers flock to these Malian cities every year to experience the surreal charm of these traditional cities.

Timbuktu, poised on the southern edge of the Sahara desert is a historically significant city. It was declared as a World Heritage Site by UNESCO. Timbuktu was an important seat of learning and a trade center in the trans Sahara gold and salt trade. The University of Sankore is regarded as one of the important seats of Islamic learning. Djinguereber Mosque and the Sidi Yahya mosque are the tourist hot spots.

Bamako is one of the contemporary cities of Mali, along the banks of the river Niger. The fabled city has a glorious historical past. The National Library of Mali and Bamako Grand Mosque are some of the notable landmarks in this city. Muso Kunda Museum, Bamako Zoo, and the Botanical gardens are interesting sightseeing spots.

Mopti is a beautiful city situated in the confluence of the Niger and the Bani River. This city is known as the ‘Venice of Mali’. The city, located on three interconnected islands has a lot to offer. Mopti is favored by the tourists because of its active river port, a mosque and small fishing villages. Gao is an ancient historical city, which was once the capital of the Songhai empire. It was an important transit hub and a center for Islamic learning. The tomb of Askia is a major attraction in the city.

Best time to visit the cities of Mali is between November and January. The month of November is the peak tourist season. Mali cities are easily accessibly by land, by air and by water. Aviation majors have flights to Bamako airport. Point Afrique is a charter flight company, which has flights from Paris and Marseilles to Gao, Mopti or Bamako. Availing road transport is a viable way of getting around in Mali. Ferries along the river Niger connect different cities in Mali.