Eritrea's latitude and longitude is 15° 00' N and 39° 00' E . Below is the map of Eritrea showing major towns, roads, airports with latitudes and longitudes plotted on it. 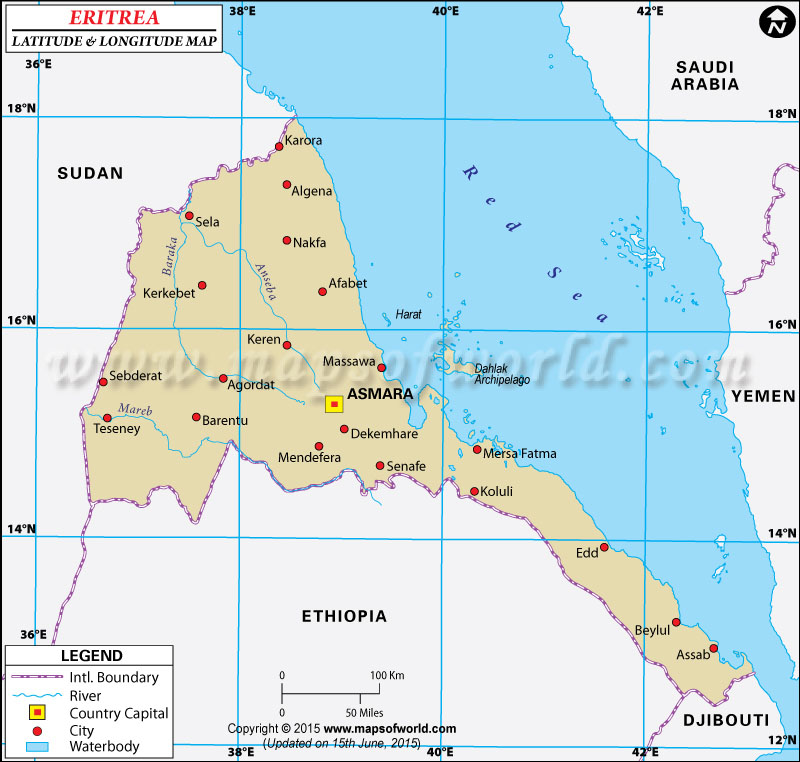 The latitude and longitude denomination of Eritrea gives the place a climate which is predominantly hot and sometimes scorching, because of the dry strip of desert that runs beside the Red sea. However, temperatures in the central highlands are comparatively cooler and there is periodic and seasonal rainfall. The hills and plains on the western side of Eritrea can be called semi-arid.