The flag of Aland is essentially a flag of Sweden with a red Scandinavian cross representing Finland. It has a horizontal design. 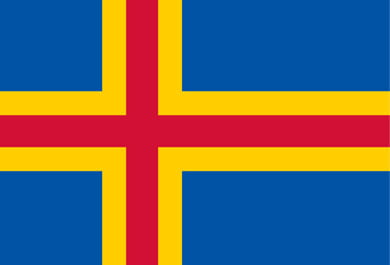 The official flag of the sovereign Finnish archipelago of Aland was adopted in 1954. Other than national events, it is also hoisted during sports events. The swallow-tailed version of the flag is used by yacht clubs on the islands. The flag was initially hoisted on April 3, 1954, in Mariehamn, the capital.

The flag has three colors: blue, yellow, and red, all of which are borrowed from the Sweden and Finland country flags.