The England River Map shows more than 22 rivers flowing across the countryside. These are the Top 5 longest rivers. River Severn: 220 miles The Severn along with its seven… 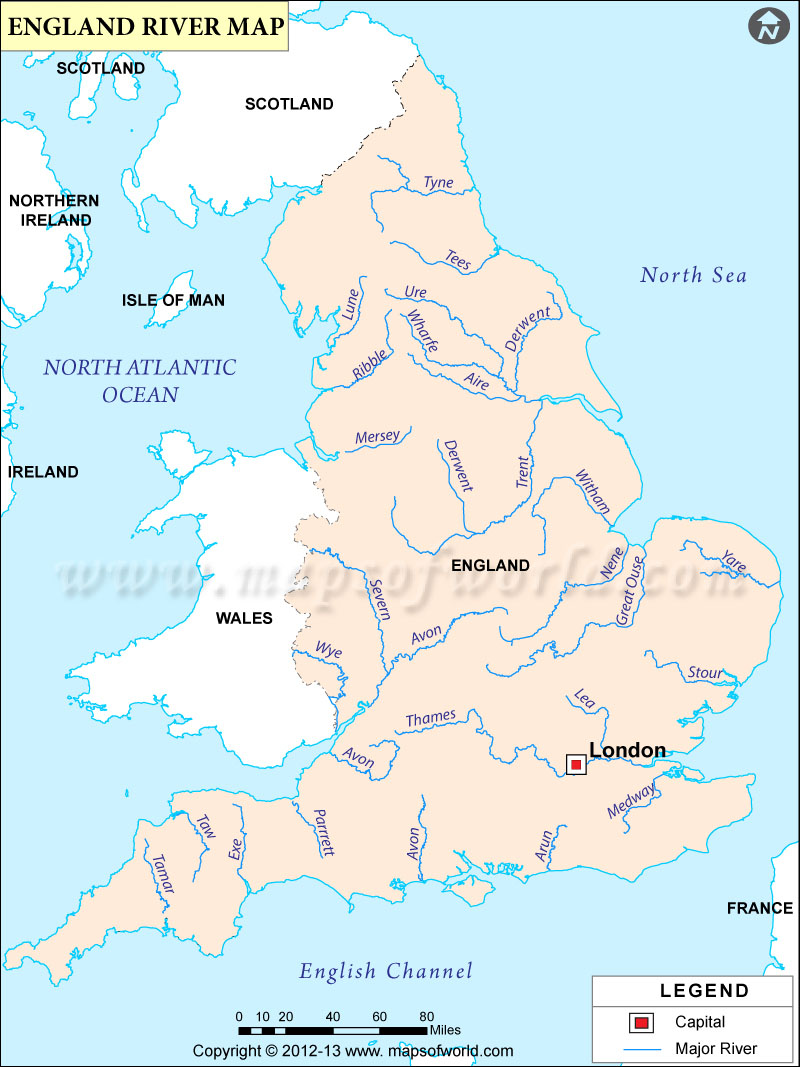 The England River Map shows more than 22 rivers flowing across the countryside.

These are the Top 5 longest rivers.

220 miles
The Severn along with its seven estuaries is England’s longest river. Rising at an altitude of 610 meter on the northern slopes of Plynlimon in Wales, the Severn flows southward towards the Bristol Channel draining an area of 4,350 sq miles before joining the Atlantic Ocean. The Severn Bridge, a 990 meter suspension bridge over the river, connects London to South Wales.

215 miles
The second longest river in the UK rises at the Thames Head, around 3 miles from Cirencester, Gloucestershire and covers a basin area of around 5,500 square miles. Thames flows through Oxford, Reading, Henley-on-Thames, Windsor, Teddington and London before flowing past the Thames Estuary and finally meeting up with the North Sea. In Oxford, the river is also known as Isis. River Thames finds mention several works of English poetry and literature.

185 miles
The river rises on Biddulph Moor, close to Cheshire in Staffordshire and drains an area of around 4,000 sq miles covering most of Midlands. Trent flows past Stoke-on-Trent, Burton-upon Trent, Nottingham, Newark, Gainsborough before joining with River Ouse to form the Humber Estuary.

143 miles
Also known as the Great Ouse, the river has several sources in the Syresham village area of Northampton and drains an area of 3,236 sq miles. The river is important for its barge-based commercial navigation and flows past the counties of Northampton, Buckinghamshire, Bedfordshire, Cambridgeshire and Norfolk.

134 miles
The larger part of the river forms the border between England and Wales in several places. From its source in the moorlands of Plynlimon in Wales, Wye flows past Rhayader, Hay-on-Wye, Hereford, Symonds Yat and Tintern before flowing into the Severn estuary at the Irish Sea mouth.

Some of the other important rivers are

Cultures and Traditions of England