Djibouti is a country located in the Horn of Africa. The official name of Djibouti is the Republic of Djibouti but it also referred to as Jumhuriyyat Jibuti, Jamhuuriyadda Jabuuti,… 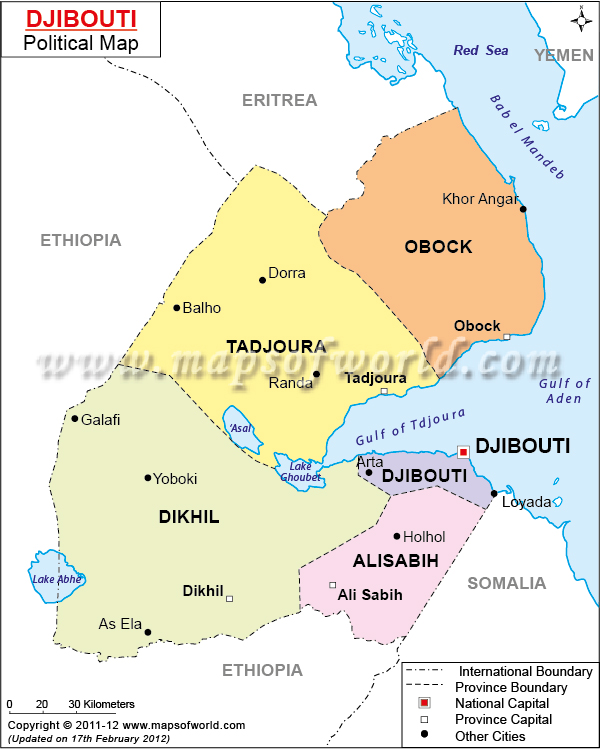 Djibouti is a country located in the Horn of Africa. The official name of Djibouti is the Republic of Djibouti but it also referred to as Jumhuriyyat Jibuti, Jamhuuriyadda Jabuuti, Republique de Djibouti and Gabuutih Ummuuno.

The total area covered by the country is 8,958 square miles and the estimated population is 906,000.

As shown in the political map of Djibouti, the country shares borders with Eritrea to the north, Ethiopia to the west and south, and Somalia to the south-east. The country also borders the Red Sea and the Gulf of Aden to the east.

The Djibouti Political Map shows the national capital, major cities, and other political divisions of the country. International and provincial borders of Djibouti are also shown.

The national capital, Djibouti city is clearly shown in the map. Covering a total area of 77.2 square miles and home to over 567,000 people, it is the largest city in the Republic of Djibouti.

The other major cities in the country are: