What countries comprise Oceania? Is Oceania a continent? 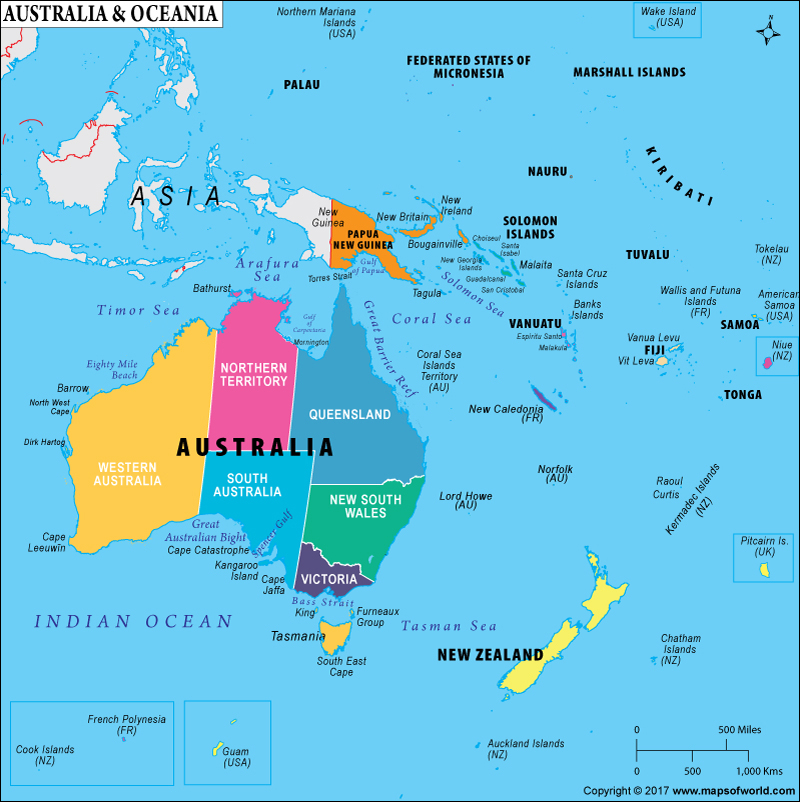 Oceania is often mistakenly called a continent. Oceania is, in fact, the name used to refer to a collection of islands scattered across the Pacific Ocean. While different accounts of Oceania vary about its spread and limit, the most commonly accepted definition excludes Japan, Philippines, Indonesia, and Taiwan. Traditionally, the region of Oceania is divided into – Melanesia, Micronesia, Polynesia, and Australasia.

Here is a list of dependencies in the region –