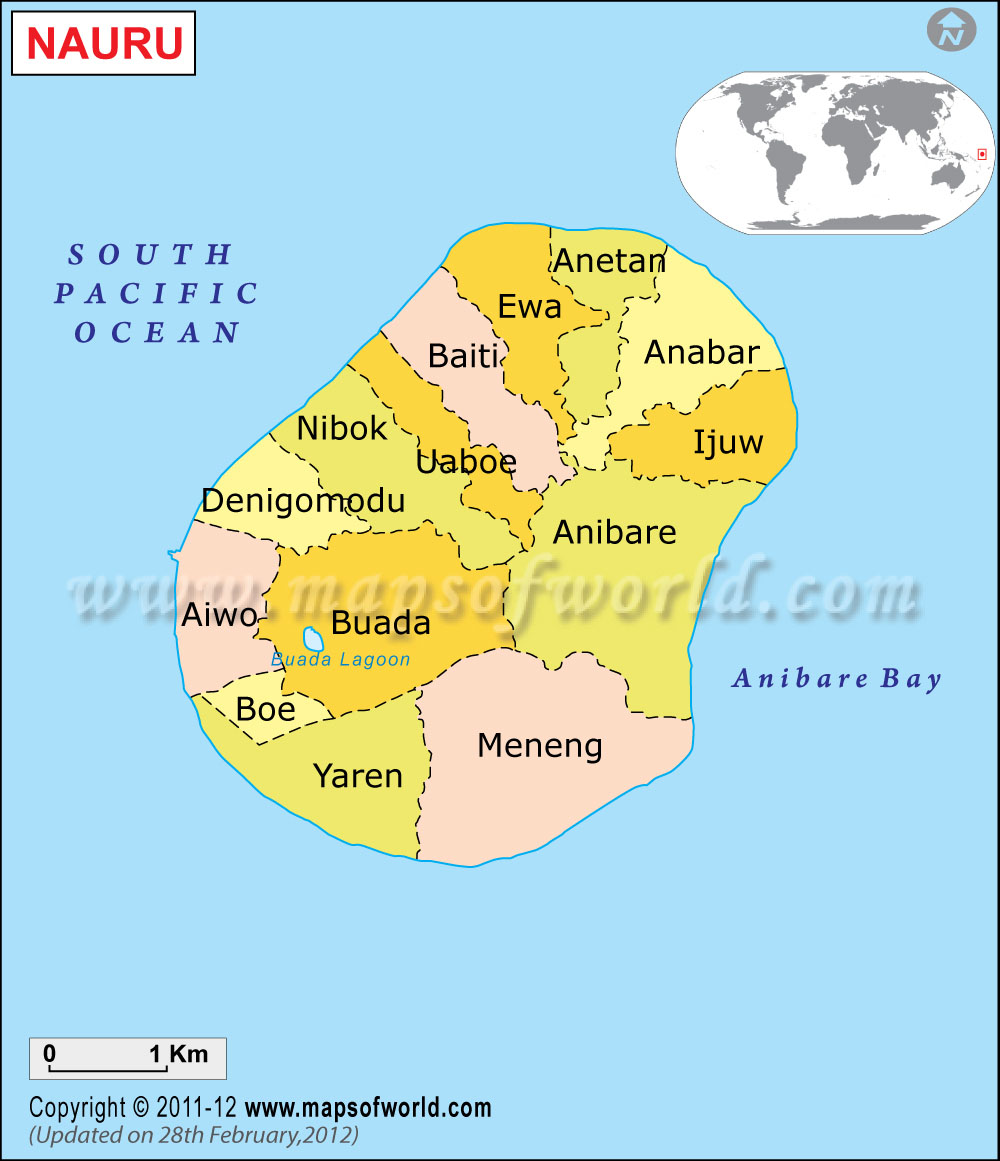 The first groups of people to inhabit the island of Nauru were Polynesians and Micronesians around 3000 years ago. The first Westerner to discover the Pacific island was British sea captain and whale hunter John Fearn, who arrived in 1798. He named the island “Pleasant Island,” due to the friendliness of the indigenous people and the attractive environment.

In 1830, European ships that passed by traded goods with the locals and some of the European sailors stayed and lived on the island.

In 1888, the island was annexed by Germany and incorporated it into the Marshall Island protectorate. Christian missionaries from the Gilbert Islands also began arriving in Nauru. The Germans called the island Nawodo or Onawero, from which the island’s modern name is derived. Onawero means “I go to the beach,” in Nauruan language. The Germans controlled the island for the next 3 decades.

In 1900, phosphate was discovered by Australian Albert Fuller Ellis and in 1906, the Pacific Phosphate Company was established in agreement with Germany.

In the First World War, Nauru was captured by Australian troops and the British Phosphate Commission was created, which was a joint venture of Australia, New Zealand, and the United Kingdom. In 1923, Nauru officially became a mandate of Australia through the League of Nations.

In the Second World War, the island came under the control of the Japanese but they surrendered to Australia in 1945. In 1966, Nauru became a self-governing territory and in 1968, they became a fully independent republic.

Nauru is located in the southwestern Pacific Ocean, situated to the south of the Marshall Islands in the Pacific region of Oceania. It is the smallest republic in the world with only 21 square km of total land area. An oval shaped island, it is located 42 km south of the equator.

The island is surrounded by a coral reef that gets exposed during low tide, preventing the creation of sea ports on the island. Small channels on the reef allow smaller boats access to the island.

Most of the population live on the coastal regions and no area of the island is used for agriculture. Aside from fish, the island imports most of its food. The only area in Nauru with vegetation and plants are around the Buada Lagoon.

The center of the island, which is uninhabited, consists of a raised phosphate plateau created from over 1000 years of bird droppings.

Nauru is a non-partisan democratic parliamentary republic. The President is both head of state and head of government.

The country has a unicameral Parliament, whose 19 members are elected into office every 3 years. The member of the Parliament are the ones responsible for electing the President of the country from among its members.

There is no formal structure for political parties in Nauru and most candidates run for office independently.

The country doesn’t have an armed forces but Australia is responsible for Nauru’s military defense.

Tourist activity in Nauru is close to nonexistent. It is a highly remote island on the Pacific where the only access is through a weekly flight from Brisbane, Australia. The airport at Nauru takes up 3km of the country’s 20km paved road.

Unlike other islands on the Pacific with exceptional beaches, Nauru only has one beach that’s good for swimming, which is the Anibare Bay. Nauru’s waters are known to be rough and rocky, making diving, snorkeling, and swimming impossible. Anibare Bay is the only stretch of beach on Nauru and it’s a 2-km beautiful white sand beach. It is also home to Nauru’s government-owned hotel, which is the Menen Hotel – home to the country’s only 2 bars.

Buada Lagoon is a freshwater lagoon surrounded by palm trees and home to the island’s only plant species. Nauru’s indigenous groups used to bring fish to the lagoon to provide them a steady supply of food but today it’s black and not recommended for swimming or any type of water activities.

The highlight of Nauru’s tourist attractions is the Central Plateau or what locals call “Topside.” The phosphate plateau resembles the surface of the moon and the limestone natural structures show Nauru’s depleted phosphate resource.

Another interesting place to go to in Nauru is Command Ridge – which is the highest point on the island. It served as a Japanese lookout during the Second World War and rusted Japanese guns, including 2 large rotating 6-barrel weapons are still found here. A communications bunker can also be explored.

Education in Nauru is free and compulsory for children ages 5-16. The Roman Catholic Church plays an important role in providing education to the population, whose literacy rate is 96%.

There are 3 primary schools, 2 secondary schools, a school for children with special needs, and a satellite campus of the University of the South Pacific in Nauru.