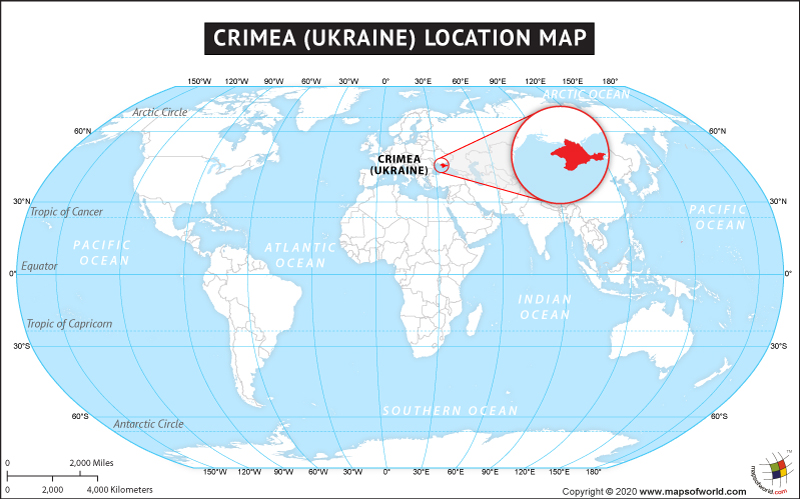 Description : Map showing the location of Crimea on the World map.
0
FacebookTwitterEmail

Where is Crimea located?

The Crimean Peninsula is located in the Black Sea, narrowly attached to the Ukrainian mainland. It has a strategic eastern boundary which almost touches Russia.

Why is Crimea important to Ukraine and Russia?

Crimea region is an autonomous part of Ukraine, but has a majority people of Russian dissent. It is also strategically located as it almost touches Russia in the east. Crimea is the location of Sevastopol, Russian naval fleet in the Black Sea. In 2010, Russia and Ukraine signed a treaty that would extend Russian naval presence until 2042

What is the historical significance of Crimea in Russian history?

Crimea has been part of of the Russian Empire, the Soviet Union and now Ukraine, but before that, it belonged to the Crimean Tatars, descendants of Genghis Khan.

How has Crimea became part of Ukraine?

In 1954 Soviet leader Nikita Khrushchev gave the peninsula as a gift to Ukraine. Crimea became part of Ukraine, but as an autonomous part of the country.

During 1853-56 Crimean Peninsula witnessed Crimean War which was fought between Russia and the alliance of Britain, France and the Ottoman Empire. In this war Russia lost. The war came to an end in 1856 with the Treaty of Paris.