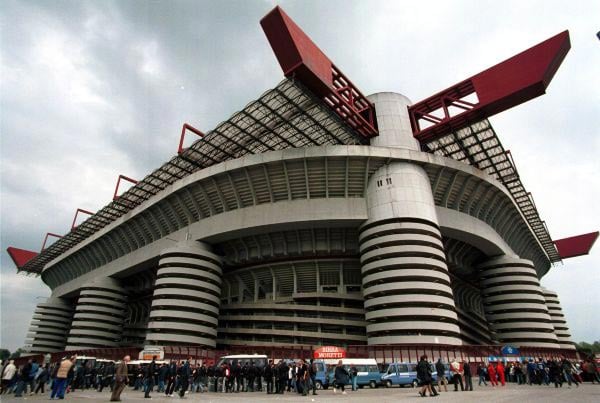 Stadio San Siro  – one of the Premier Football Stadiums in Milan

Stadio San Siro also known as the Meazza San Siro Stadium is one of the most premier football stadiums in Milan. The prestigious stadium is the hub of two of the three most successful Italian Football League clubs: A.C. Milan and F.C. Internazionale. This reputed stadium has been officially renamed to pay a tribute to the legendary player, Giuseppe Meazza, the Inter and Milan player of the 1930s and 1940s.

The concept to construct a stadium in the same district of the horse racing track belongs to the man who was the then president of A.C. Milan, Piero Pirelli and his name will always be remembered with great honor in the history of world football for this remarkable stadium which has earned rave reviews for its classic ambiance.

The ground of the Meazza San Siro Stadium was originally the home and property of AC Milan, but later on International hired the grounds of this stadium and the two have shared the ground ever since. Although the world famous Italian player, Giuseppe Meazza played for both Internazionale and AC Milan, but he received more success at Inter and is thereby more favored by the supporters of Inter. Fox Soccer Channel has frequently referred to the stadium as Stadio Giuseppe Meazza di San Siro while featuring replays of past Milan home matches.

Apart from being frequently used by the Milan and Inter, Stadio San Siro also hosted matches by the Italian national football team. The stadium was also used for UEFA Cup finals, and it underwent considerable renovations for the 1990 World Cup to upgrade its general standard. As an integral part of the renovations, the stadium became all seated, and an extra tier was added to 3 sides of the stadium and 11 concrete towers were constructed outside the stadium. 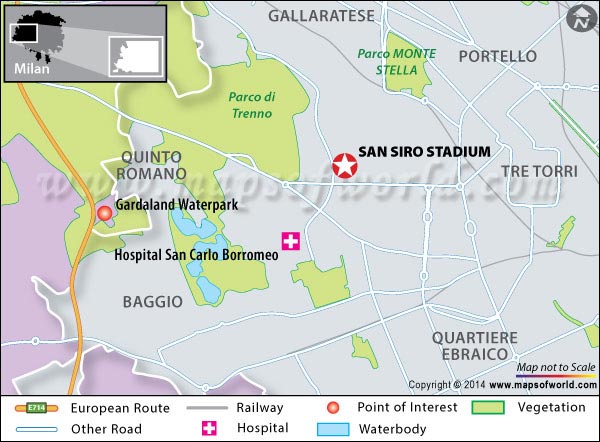 Where is San Siro Stadium?

Stadio San Siro is located in Milan. It takes around half-an-hour to reach the stadium from the Milan Linate Airport.

Visit Milan during April through May or September-end through October as the weather is pleasant.