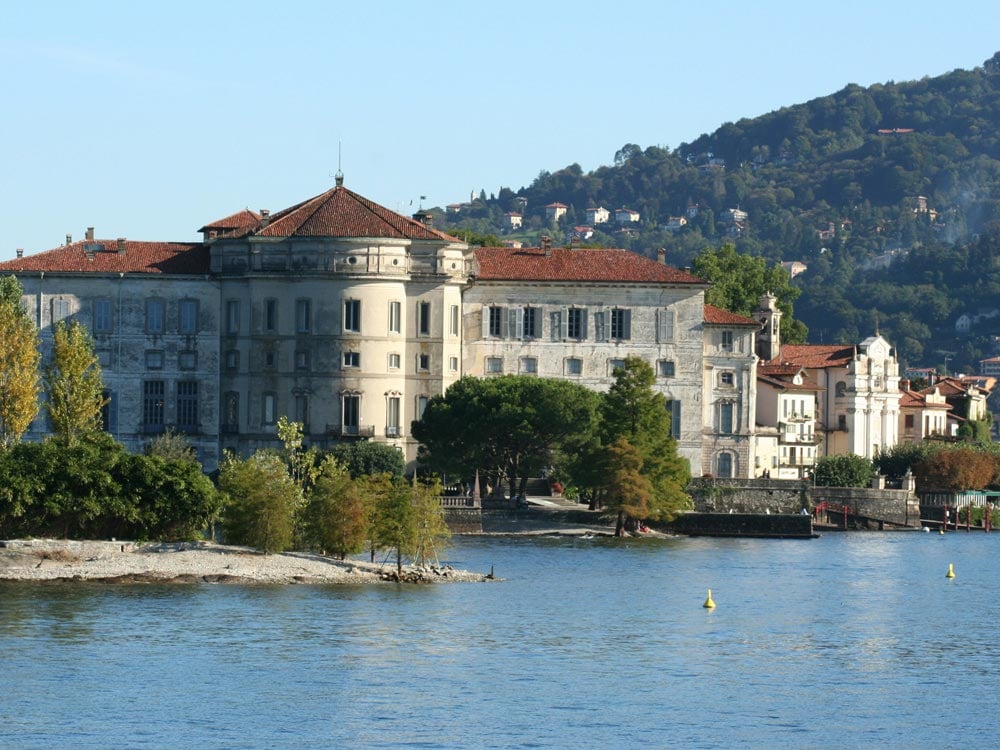 Palazzo Borromeo is one of the most noted tourist attractions in Milan. Palazzo Borromeo proudly stands at the Piazza Borromeo where the story goes, a young nobleman, Vitaliano Borromeo, facing poverty bought some donkeys and covered them with embroidered cloths. This act impressed his rich uncle Giovanni Borromeo who took him in and helped him make his fortune.

A major portion of Palazzo Borromeo underwent massive destruction by fire, after it was bombed during World War II. The wall of the inner courtyard of Palazzo Borromeo is decked up with rings grouped in chains of three, and crosses of five, and these spectacular sets of rings have mesmerized the visitors with their unique pattern for ages. The capital of one of the original columns is well preserved on the left wall and displays a winged set of rings.

The magnificent Tapestry Hall is situated on the first floor of Palazzo Borromeo and the monumental Baroque palace overlooks the island of Isola Bella. The visitors will come across a more modern palazzo on the northern side of the Piazza Borromeo, and it is ornamented with the Borromean crest that depicts the interlinked rings. The spectacular courtyard and captivating frescoes clearly depict the games and other leisure activities of Lombard life in Renaissance times. In the Sala dei Giochi, one of the chambers of this palazzo, there is a superb painting of the nobility playing games, and the most surprising fact is that the original color of the painting has undergone a chemical reaction.

Just opposite the Palazzo Borromeo is located the renowned Church of Santa Maria Podone. The statue of Carlo Borromeo (1538-1584), the most famous member of the family, and the son of Giberto Borromeo and Margherita de Medici greets visitors to the church. Carlo Borromeo lived the early years of his life at the Palazzo Borromeo in Milan and the family castle in Arona. Later in his life, he became a cardinal, archbishop of Milan in 1566, and was finally canonized in 1610. Even today, visitors come across various symbols of the family that are engraved in the four sides of the plinth and three interlaced rings are still seen on the back.

Where is Palazzo Borromeo?

Right in the heart of the commercial capital of Italy, Milan, is situated the Via Borromei which directly opens out onto Piazza Borromeo. It takes around 20 minutes by car to reach the palace from the Milan Linate Airport.

Spring and fall months are the best time to visit Milan. Plan your tour to Palazzo Borromeo during these months.