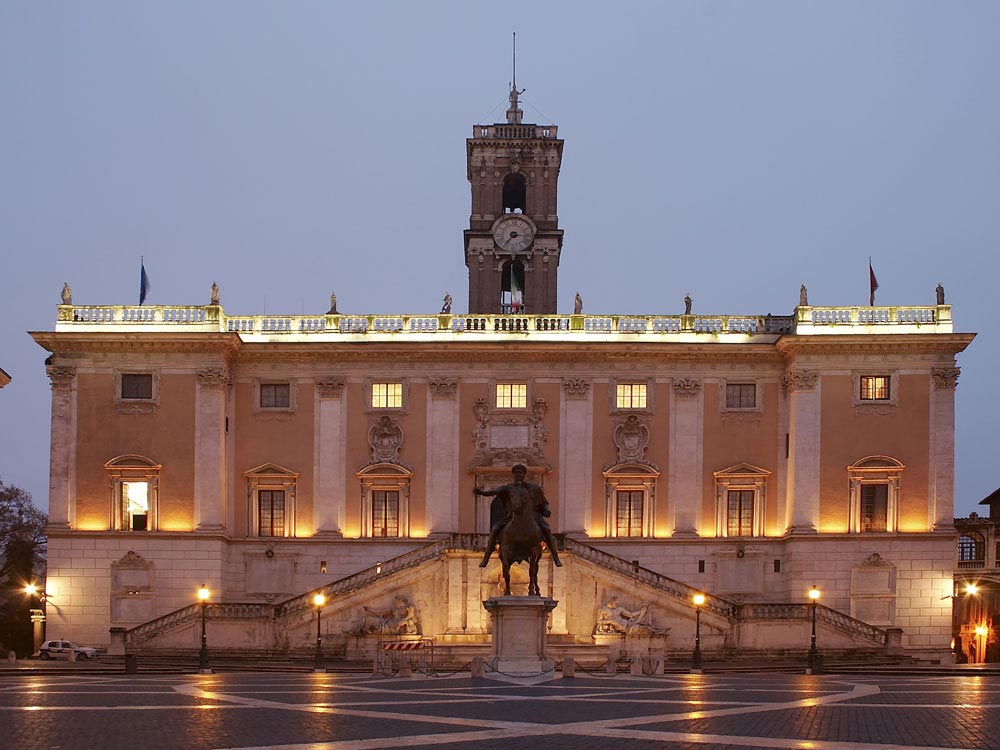 One of the three main buildings of the Capitoline Museums

The Capitoline Museums form an integral part of the art and archeological museums in Piazza del Campidoglio, and are situated at the top of the famous Capitoline Hill in Rome, Italy. The museums are segmented in three palazzi which encircle the central trapezoidal piazza in a plan which was conceived by Michelangelo Buonarroti in 1536, and executed over an extremely long period of more than 400 years. The rich history of the Capitoline Museums dates back to 1471 when Pope Sixtus IV donated a dazzling collection of significant ancient bronzes to the people of Rome, and placed them on Capitoline Hill. From that period onward the museums’ collections have started to expand immensely. Presently, the museum comprises of a diverse array of ancient Roman statues, inscriptions, and other artifacts as well as a collection of medieval and Renaissance art; and a dazzling collections of jewels, coins, and other items.

The Capitoline Museums are owned by the municipality of Rome and many Roman statues were destroyed on the orders of Christian Church authorities in the Middle Ages, but the statue of the mounted rider in the center of the piazza of Emperor Marcus Aurelius remains till today.

Along with these three segments the museum also takes pride in its comparatively new addition which is the 16th century Palazzo Caffarelli-Clementino, situated right at the piazza adjacent to the Palazzo dei Conservatori, which was added to the museum complex in the beginning of the 20th century. Thus there is little doubt regarding the fact that Capitoline Museums are presently considered to be one of the most renowned tourist attractions in Rome, and have received rave reviews from spectators. 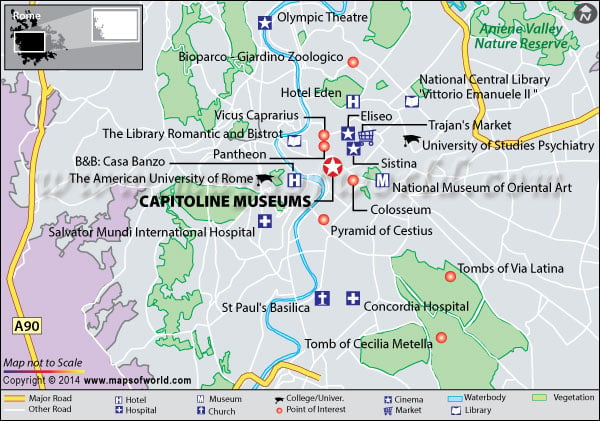 Where is Capitoline Museums?

The Capitoline Museums are located in Rome, Italy. They can be reached within a half-hour drive from the Fiumicino Airport.

The best time to visit the Capitoline Museums is from April to June and late September to October when the temperatures are generally mild, and Rome is crowd-free.

The entrance ticket costs €7,80. There are two places in the Capitoline Museums, and the entry ticket is valid for both the places.