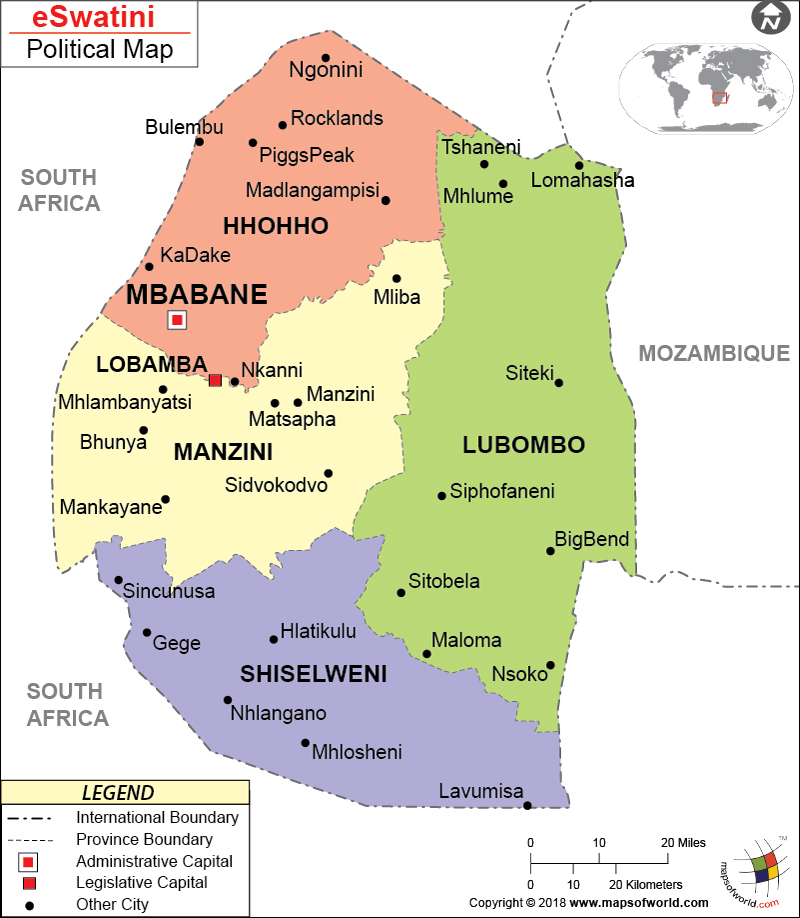 The important provinces and their capitals as shown on the eSwatini (Swaziland) Map are as follows:

Where is Swaziland (eSwatini) Located