South Sudan was formed on July 9, 2011 after secession from Sudan. As shown in the political map of South Sudan, there are ten states in this African country, which… 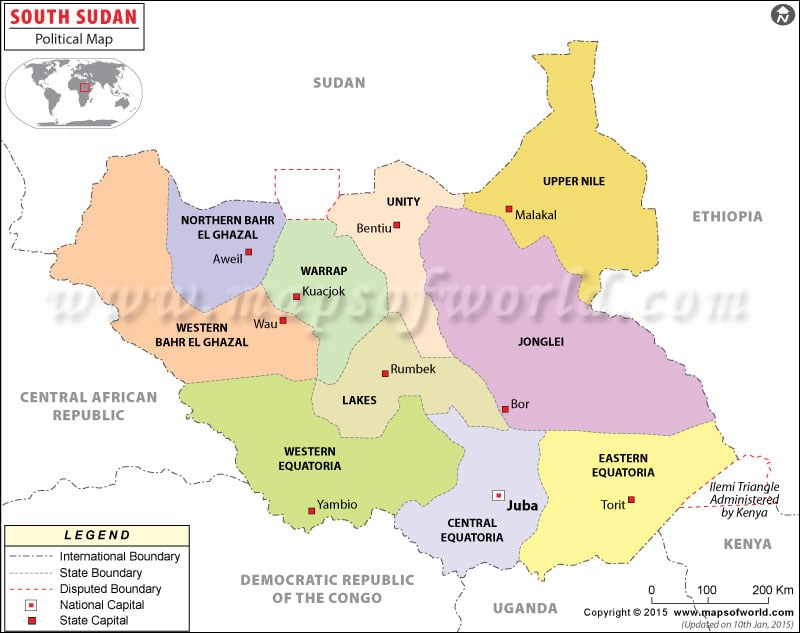 South Sudan was formed on July 9, 2011 after secession from Sudan. As shown in the political map of South Sudan, there are ten states in this African country, which are covered under three regions.

The capital city is Juba, which lies in Central Equatoria.

There are three main regions of Sudan, and their division is according to historical events in Sudan:

1. Bahr el Ghazal: This region was formed during the Anglo-Egyptian rule and split from Equatoria in 1948, becoming a province, and later, a state in Sudan. It comprises four states, which are:
a. Northern Bahr el Ghazal

2. Equatoria: As shown in the map of South Sudan, the region of Equatoria lies to the south. It was established by Egypt in 1870 to gain a further hold on the trade in area. The region is made up of three states:

3. Greater Upper Nile: This regions, containing the tributary White Nile, has three states, as listed below:

In total, there are 86 counties in South Sudan spanning these ten states. Among the largest counties is Bor.