Liberia political map is helpful to all web browsers interested in knowing about the country. The geographical coordinates of Liberia are 6° 30′ North latitude and 9° 30′ West longitude.… 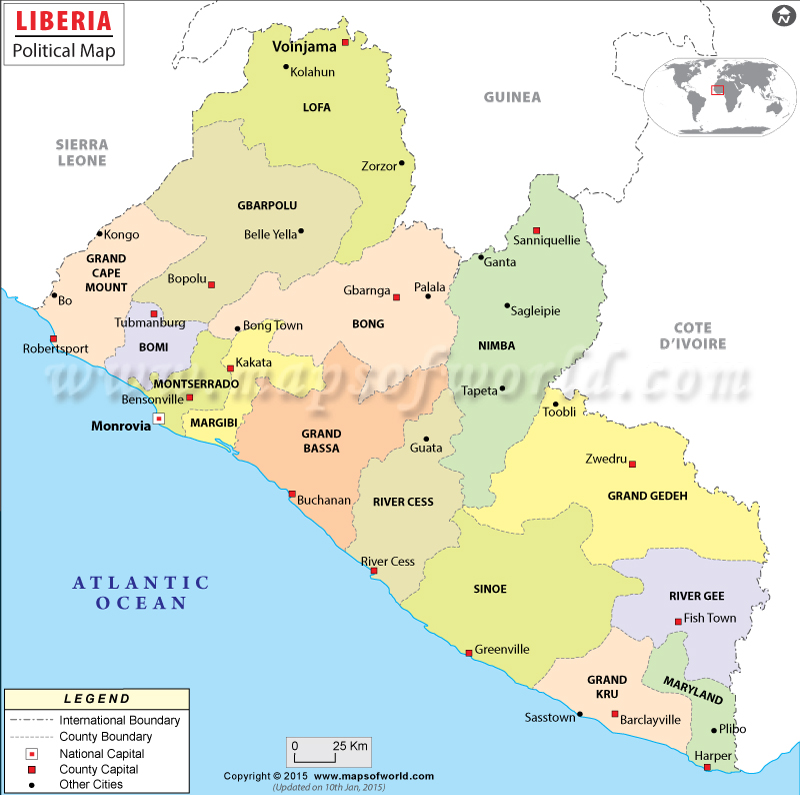 Liberia political map is helpful to all web browsers interested in knowing about the country. The geographical coordinates of Liberia are 6° 30′ North latitude and 9° 30′ West longitude. The country capital is Monrovia, situated near the coast of Atlantic Ocean. The printable map of Liberia displays details of the country, which include the counties and their capitals, national capital and the neighboring countries.

The country capital is Monrovia, situated near the coast of Atlantic Ocean. A red star on the map of Liberia is used to indicate the capital. The latitudinal and longitudinal extent of the city are 6°18’38”North and 10°48’17”West respectively. The nearby cities and towns are Gbenang, Coffeelo, Kapebli, Crown Hill, Kpaia, Bassa Community, Vai Town, Westpoint and Clara Town. Monrovia Spriggs Payne and Monrovia Roberts International are the two airports in the city.

The Liberia map also features some of the important cities of Liberia. They are marked with black dots. Some of the cities are: