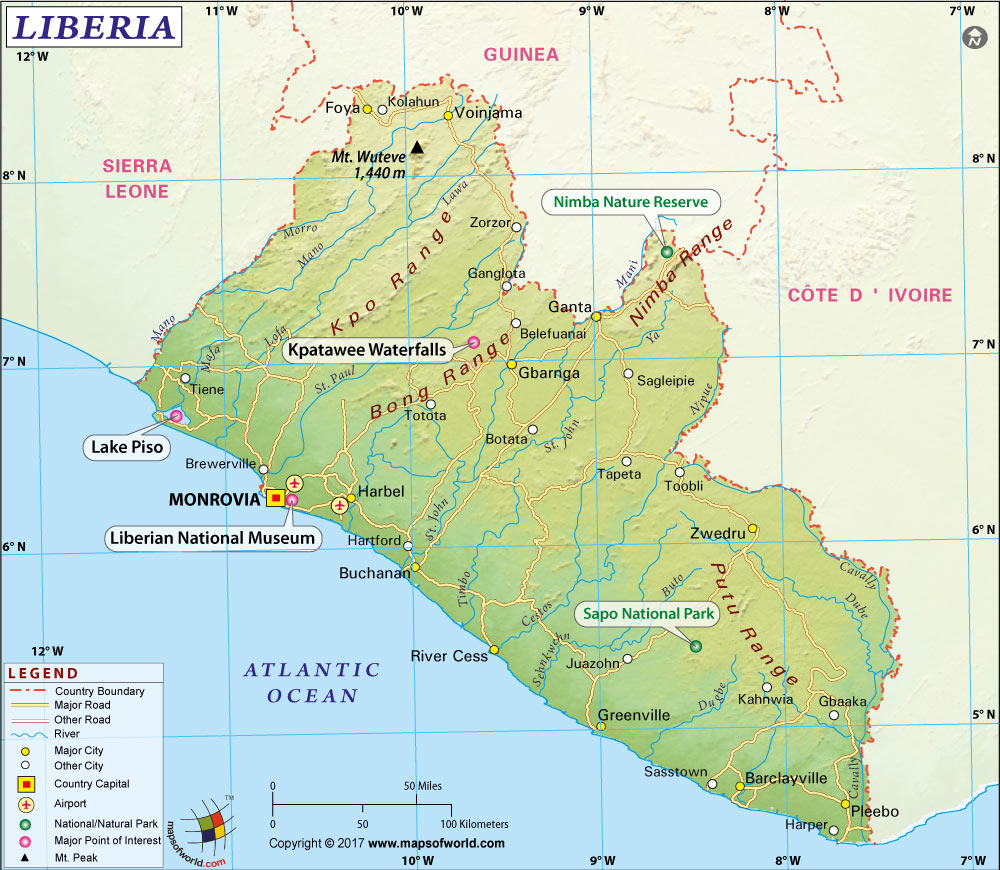 The region of Liberia is said to have been inhabited since the 12th century. Between 1461 to the 1600’s, trading posts owned by the Portuguese, Dutch, and British traders were established. The Portuguese called the region Costa de Pimenta, which means “Grain Coast,” due to the land’s abundance of melegueta pepper grains.

In 1822, the region became the primary place chosen by the American Colonization Society to establish a colony and return black Americans who had been enslaved. African-Americans also chose to migrate to the colony, creating the Americo-Liberians, who are the direct descendants of present-day Liberians.

These Americo-Liberians declared independence on July 26, 1847. During the next several decades, indigenous Liberians who lived in the internal part of the country experienced isolation from the country’s economic development, access to education, culture, and religion.

By the 1970’s, these groups of Liberians started expressing their resentments of the government, leading to a military coup, massive violence, and political instability.

By 1989, a civil war broke out and many civilians were killed and many cities were damaged. Thousands of Liberians also chose to leave their homes and sought refuge in neighboring countries, where they lived as refugees.

It wasn’t until 2005 when order slowly started taking place when the national democratic government was established.

Liberia is located in the Sub-Saharan region of West Africa. Its borders include Sierra Leone to the west, Guinea to the north, and the Ivory Coast to the east. Its southern coastline faces the northern Atlantic Ocean.

Liberia’s landscape is mostly flat, with rolling coastal plains, and low mountains in the north.

Liberia is modeled after the government of the United States, working around the framework of a unitary constitutional republic and representative democracy. There are 3 branches of government, which are the executive branch, the legislative branch, and the judicial branch.

The Executive branch is headed by the President, who is head of state, head of government, and commander in chief of the armed forces. The President is elected by popular vote to serve a 6-year term, with 2 maximum consecutive terms.

The Legislative branch consists of 2 branches, which are the House of Representatives, and the Senate.

The Judicial branch of government consists of the Supreme Court and the lower courts.

Tourism forms a small part of the nation’s economy. There is enough tourist infrastructure for travelers who wish to visit the country but safety precautions are particularly needed when traveling outside the capital of Monrovia.

The top tourist activity in Liberia is a Safari tour in the Sapo National Park. It is located in the Sinoe County and regarded as the largest protected area of rainforest in the entire continent. It is Liberia’s only national park, and it’s the 2nd largest area of primary tropical rainforest in the region. It is also home to the highest diversity of mammal species in the world.

The Blue Lake in Tubmanburg is a beautiful lake created from a huge pit that was dug by American company Liberia Mining Company, but has since been abandoned with the depletion of iron ore in the area. The water springs from the pit and reflects the sky, reflecting a natural blue hue.

The Waterside Market of Monrovia is the best place to people-watch in Liberia – hundreds and hundreds of stalls sell everything and anything under the sun, as well as in the covered portions of the market. Spices, produce, fresh foods, handicrafts, and colorful fabrics are the best items to buy here.

Other Liberian tourist spots include the coastal town of Harper for its unspoiled beaches, Careysburg for its Southern-US style architecture, and the Firestone Plantation, which is the largest rubber plantation in the world.

Primary education in Liberia is free and compulsory for children ages 6 to 16. However, the implementation of attendance is not heavily enforced. English is the official language of instruction for most public schools. Most of the schools in the country are also run by churches.

Access to education in the rural areas is very difficult as most schools are concentrated in the capital city. Public schools are also poorly operated with poor facilities, unqualified teachers, and lack of materials. Private school fees are also beyond the reach of the poor.