What are the popular places to visit in Alaska? - Answers 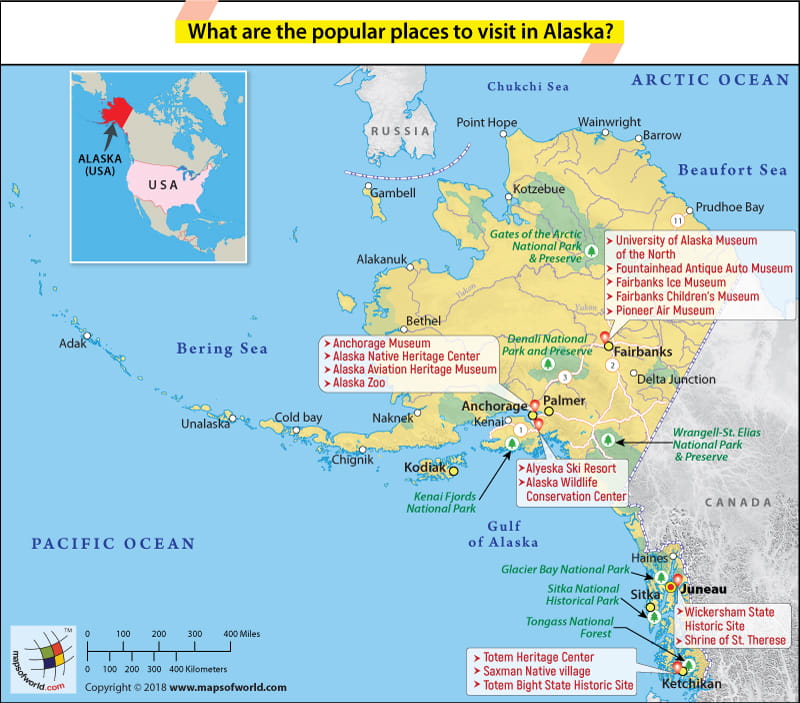 Despite being geographically distant from the rest of the United States, Alaska is one of the most beautiful and scenic parts of the country. It is the largest State by area, and among the least populous. This simply means that Alaska is the place to visit if you love the wilderness, natural beauty of snowy mountains and glaciers, and the breathtaking sight of the Aurora Borealis.

Alaska is best known for its breathtaking natural beauty, its snowy fields, the glaciers, mountains, and wilderness. The state, however, is not devoid of its share of vibrant cities. Here are the top cities in Alaska that you may want to visit –